Awarded for his actions while fighting in the Colmar-Neubreisach area in early 1945. Here Degen distinguished himself while fulfilling his task of holding the northern and southern fronts of the Breisach corridor, and by doing so he was able to stop the French 1st (Bethouard) and 2nd (Monsabert) Corps from making contact. A hostile breakthrough was prevented, and until he himself was heavily wounded he furthermore ensured that the bulk of his Division was able to cross over the Rhine river at the Neuenburg-Mühlheim bridge. 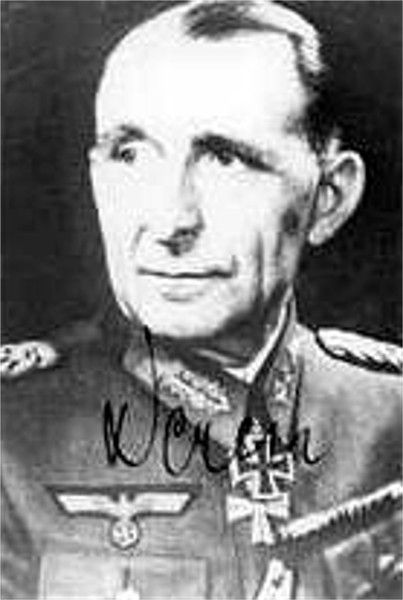