Citation:
"In air ope'rations this officer has displayed great skill, courage and determination, qualities which have been reflected in the efficiency of the flight he commands. In February, 1944, he participated in a sortie over Northern France. During the operation his section destroyed 6 enemy aircraft, 2 of which fell to Flight Lieutenant Deall's guns.
In this action, he led his formation with great resolution. On other occasions, Flight Lieutenant Deall has shared in the destruction of 4 enemy aircraft."
LG 36443/1443.

Citation:
"Over North-western France, operating on fighter patrols, sorties against enemy shipping and on attacks on enemy airfields. During this tour he destroyed three enemy aircraft and damaged one. Since the award of the D.F.C. he took part in operations in support of the invasion of Normandy. As commanding officer of a squadron, Wing Cdr. Deall led many briljant and succesful missions, in the course of which he destroyed important Germand H.Q. at Dordrecht and Bilthoven. As Wing Commander Flying this officer has planned and led a number of important attacks. Many of his sorties have been hazardous in the extreme, and on all occasions he has displayed outstanding gallantry and devotion to duty."
LG 37265/4579.

Citation:
"For having distinguished himself by deeds of initiative, courage and perseverance in one or more sorties in an aircraft against the enemy by his conduct als commanding officer of a Wing of R.A.F. fighters between February and May 1945 during hazardous attacks on ground targets. By his conduct he has strengthened the cause of the Dutch State."
Royal Decree No. 34.
Permission granted to wear the decoration on June 20th, 1947 (LG 37992/2799). 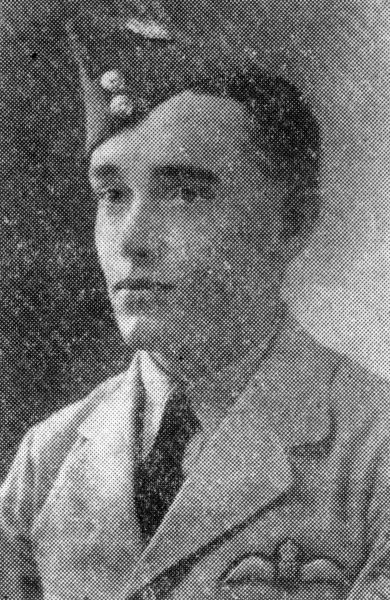