Had already received the Iron Cross 1st Class in June 1918.

Awarded for the outstanding performance of his Flieger-Korps during the first days of the Battle of France. His aircraft supported the Heer magnificently in this time and played a major contribution towards the German operational success.

Especially flying formations under the leadership of Lieutenant General Ritter von Greim and Major General von Richthofen as well as a close air support group led by Captain Steiner distinguished themselves in the breakthrough of the Maginot line as well as in the fast encirclement of the enemy in Alsace-Lorraine and Burgundy.

Awarded for the distinguished service of his VIII. Flieger-Korps during the fighting in the Balkens and at Crete. In the latter campaign they were critical in both the ground support of the beleaguered Fallschirmjäger and attacks against the British fleet around the island.

In heavy struggle, tirelessly supported from flying units of the General der Flieger Freiherr von Richthofen and Förster, the Army and the Waffen-SS units, which have been combined in the army group of Field Marshal Ritter von Leeb, took over 300,000 prisoners, captured or destroyed 1581 tanks and 4063 guns, since the armed forces report of 6 August 1941.

Strong Luftwaffe forces under the leadership of Colonel General Löhr and Freiherr von Richthofen had contributed outstandingly in this success.

As announced by special message, German and Romanian troops under the command of General von Manstein, supported by strong air forces under the command of Colonel General Löhr, and Freiherr von Richthofen, in pursuit of the defeated enemy, reached the Strait of Kerch in full-width and took the remaining strong fortified bridgeheads after fierce resistance on both sides of the city.

As announced by special message, German and Romanian troops under the command of Field Marshal von Manstein, superbly supported by the proven close air support Corps of Colonel General Freiherr von Richthofen, defeated after twenty-five days of bitter struggle at noon on 1 July 1942 the strongest land and naval fortress of Sevastopol.

As announced by special message, troops of the army under the command of General of Panzer troops Paulus, superbly supported by the anti-aircraft artillery and flying formations of the Luftwaffe under the command of Colonel General Freiherr von Richthofen, destroyed the mass of the Soviet 62nd army and large parts of the 1st Tank Army at the great Don arc west of Kalach.

The troops of the Army and the Waffen-SS, under the command of Field Marshal von Manstein, in excellent cooperation with units of the Luftwaffe under the supreme command of Field Marshal von Richthofen, during the German counter-offensive between the Donets and the Dnieper, which led to the re-conquest of the city Kharkov and Bielgorod, inflicted heavy losses in men and material to the enemy. 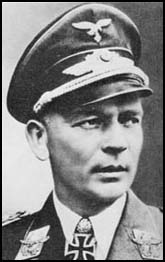 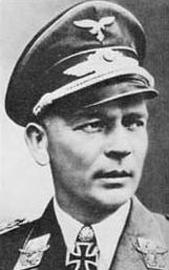