In July 1942 Werner Winter took command of the 1st Flotilla in Brest, France. He was captured after the surrender of Brest in August 1944, returning home from Allied captivity in November 1947. After the war he served for a few years in the Bundesmarine and retired as Kapitän zur See in March 1970.
In his Naval carrier of WWII he sunk a total of 15 ships, 79302 ton.

The boat of Captain Lientenant Winter has particularly distinguished itself in the success of German submarines in front of the American coast.

Kapitänleutnant and U-Boat Captain Winter has so far sunk 18 armed enemy merchant ships (with a total of 101200 GRT). At the outbreak of the war he was serving as captain of a small U-Boat, and after two years of service in the staff of the Supreme Commander of U-Boats he took over command of a large U-Boat. Winter has outstandingly distinguished himself in his offensive strikes, on each occasion taking hold of every opportunity encountered until achieving ultimate success. 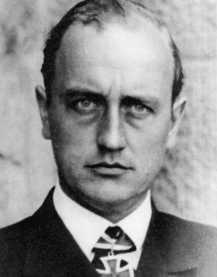