Günther Prien joined the Reichsmarine in January 1931 after sailing some years on trade ships. After a year on the light cruiser Königsberg, he transferred in October 1935 to the U-boat force. In 1938 he was on U-26 under Kptlt. Hartmann patrolling in Spanish waters during the Civil War. With his own boat U-47 he became famous for his 14 October, 1939 sinking of the British battleship HMS Royal Oak in the heavily defended British North Fleet main harbor at Scapa Flow.
Following later patrols, Prien was awarded the Oakleaves in 1940; he was killed when the U-47 was sunk on 7 or 8 March 1941, not long after being promoted to the rank of Korvettenkapitän and making his tenth patrol. This incident is now being questioned, as the traditional credit for U-47's sinking has always been attributed to the British destroyer HMS Wolverine, but new data suggests that the destroyer was actually attacking Eckermann's UA (a foreign U-boat captured by the Germans and commissioned into the Kriegsmarine) which had to withdraw from the battle with heavy damage. It is now speculated that U-47 was hit by one of her own circling torpedoes. (Two US submarines in the Pacific are also believed to have been lost to the same sort of equipment failure.)
Although Prien was at sea for under two years, Prien's record stands high among the U-boat aces during the Second World War. He spent 228 days at sea, sinking 30 ships for a total of 162.768 tons, 1 warship for a total of 29.150 tons and damaged 8 ships for a total of 62.751 tons.

On October 14, 1939, Prien risked shallow water, unknown shoals and detection by defenders to penetrate the Royal Navy's primary base, Scapa Flow. Although most of the Home Fleet was at sea, Prien sunk the battleship Royal Oak and returned home to instant fame. On his return to Germany following the Scapa raid, Prien personally awarded by Hitler with the Knight's Cross of the Iron Cross, and was the first member of the Kriegsmarine to receive this award. Following the successful mission, Prien was given the nickname Der Stier von Scapa Flow, or "The Bull of Scapa Flow". This emblem was painted on the conning tower of U-47, and was to soon become the emblem of the 7th U-boat Flotilla.
1st U-boat Award.
2nd Kriegsmarine Award.

Mentioning:
"As already announced, Kapitänleutnant Prien torpedoed and destroyed a heavy British cruiser of the "London" class east of the Shetland islands."

Mentioning:
"Kapitänleutnant Prien with his submarine sank 66 587 GRT of enemy merchant shipping on the patrol against the enemy that just finished. This is the highest achievement of a single patrol so far."

Mentioning:
"A submarine under the leadership of Kapitänleutnant Prien, of which a partial result of 33 400 GRT was reported on 8 September, on a mission sank six armed merchant ships of 40 250 GRT. A further steamer was damaged."

Mentioning:
"The accumulated result of Kapitänleutnant Prien last war patrol increased to 45 130 GRT. The total tonnage of enemy merchant shipping sunk by Kapitänleutnant Prien, excluding the destruction of the British battleship "Royal Oak", thus stands at 151 400 GRT. With these successes he leads the list of all U-boat commanders."

Mentioning:
"The U-boat under the command of Korvettenkapitän Günter Prien did not return from his last patrol against the enemy. The loss of the boat has to be assumed. Korvettenkapitän Günter Prien, the hero from Scapa Flow, who had received the Oak Leaves to the Knight's Cross of the Iron Cross from the Führer for his exceptional achievements, and his brave crew, will continue to live in every German heart." 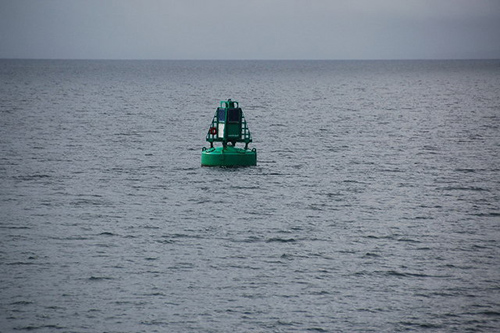