Adam Riedmüller was a Jagdpanzer commander in the Pz.Gr.Div. Kurmark when it was attacking in the direction of Kunersdorf in early 1945. During a battle with Soviet tanks Riedmüller personally knocked out four with his Hetzer. Since the terrain prevented his vehicle from engaging the remaining Soviet armour, he got out of his tank, picked up two Panzerfausts and destroyed two more Soviet tanks in close combat. He would be awarded the Knights Cross for this action.

For the destruction of a T-34 near Kunersdorf in Eastern Prussia on 2nd February 1945. 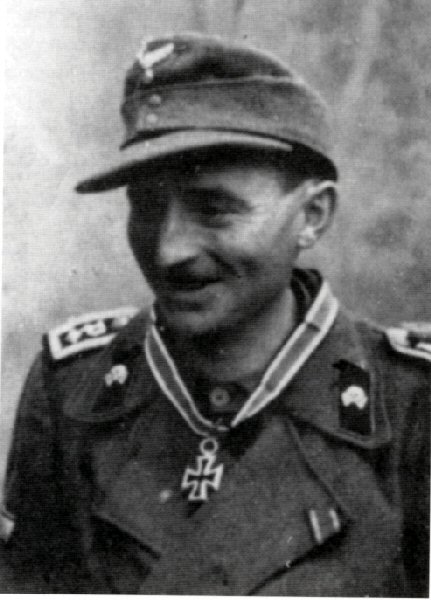