In March 1945 the Sturmgeschütz-Brigade 210 was deployed in support of the 1. Marine-Division. On the 16.03.1945 Leutnant Köhler and his Sturmgeschütz Zug were deployed on Hill 42, located at the seam between the 1. Marine-Division and the Panzer-Division Schlesien. On this day the Soviets attacked the hill with about 20 Sherman tanks. Despite three attempts to do so, they were unable to take the hill and lost 15 tanks in the process. 6 of these were knocked out personally by Leutnant Köhler.

Through the steadfastness of Köhler and the whole Sturmgeschütz-Brigade the Soviet attempt to break through to the road bridge over the Oder was stymied. This allowed the refugee columns from East Prussia and Pomerania, which were still crossing, to pass over unhindered. After this the German fighting units in turn followed them, and the bridge was blown at dawn on the 17.03.1945. For his role in ensuring this successful outcome, while also raising his total of destroyed tanks to 21, Köhler would be decorated with the Knights Cross. 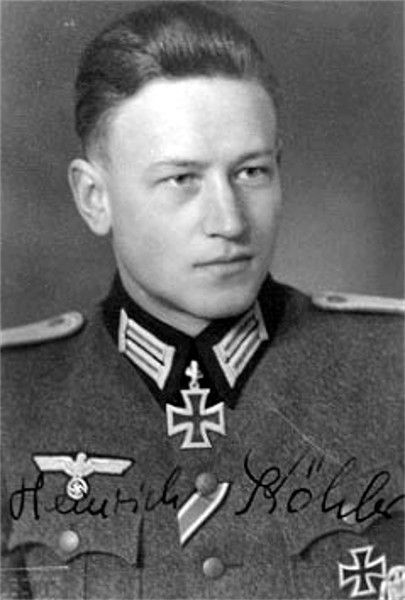