Cross of Merit for the Defence of the State

The Führer has awarded the Knights Cross of the Iron Cross to Generalmajor Jozeph Turanec, commander of a Slovakian Division.

During the heavy defensive combat in the southern sector of the Eastern front his Division repeatedly defeated fierce Bolshevik breakthrough attempts in an exceptional display of bravery. Then, when the great offensive began in July 1942, General Turanec and his Slovakians also joined in the attack. After the Mius position had been overrun the General led his Regiments forwards whilst leading from the foremost line himself. Under his aggressive leadership the Division was already able to reach the Tusloff river on the first day. Here the enemy proved unable to halt the victorious forward march despite offering fierce resistance. Guided by the outstanding planning and leadership of General Turanec, the Slovakian Regiments were able to breach the enemy lines as the first to do so in this battle sector.

By the evening of the same day they had been able to fight into the city of Rostov itself and reach the Don river following fierce urban combat. Clearly recognizing the situation for what it was, General Turanec decided to immediately force a crossing over the Don. He thus crossed the river with his lead elements, cleared the Don island in bitter close combat and created a bridgehead on the rivers southern bank that would prove to be of great future operational value. This took place even as bitter combat still raged in the city itself.

The award of the Knights Cross to General Turanec is not only a recognition of his personal dutifulness and inspiring leadership, but also a testament to the bravery of his Slovakian Regiments. Under his command they fight alongside the German Heer for a new European order in a brilliant display of comradeship. 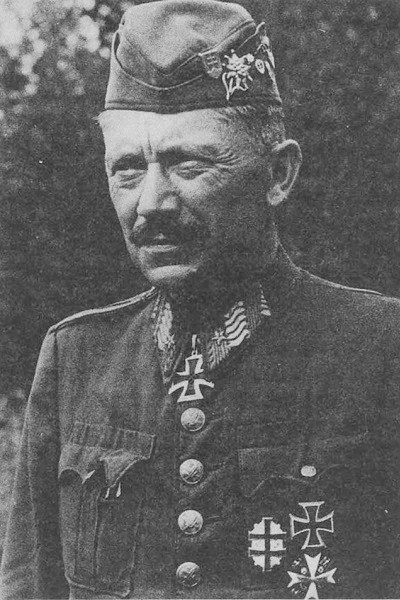