Legionsoberscharführer François Apollot first served as a sailor on board of lineship 'Provence' in july 1940. After the British attack on French Marine Nationale at Mers El Kebir in Algeria on 3rd July 1940, he left the French Navy and volunteered with the Kriegsmarine.
He was assigned to the Schiffsstammabteilung 28 in Sennheim ("Cernay" in Alsace, France), and later in Duisburg. Apollot served as platoon leader in 4.Kompanie commanded by Oberleutnant zur See Hochhaus.
In September 1944 he joined the Waffen-SS and was appointed Legions-Oberscharführer serving in the Wehrausbildungskompanie, also known as "Compagnie d'Honneur". During the last fightings in Berlin, François Apollot served as a platoon leader in the Divisionskampfschule der 33.Waffen-Grenadierdivision der SS "Charlemagne" (französische Nr.1).
During a Soviet breakthrough on Wilhelmstrasse, he destroyed singlehandedly 6 tanks and temporarily stopped the Soviet attack on the ReichsKanzlerei.
There is no proof about being awarded the Ritterkreuz. There is no evidence in the Bundesarchiv. Although is stated that the decoration was presented by SS-Brigadeführer Mohnke in the Reichs Kanzlerei between 20th and 30th April 1945. 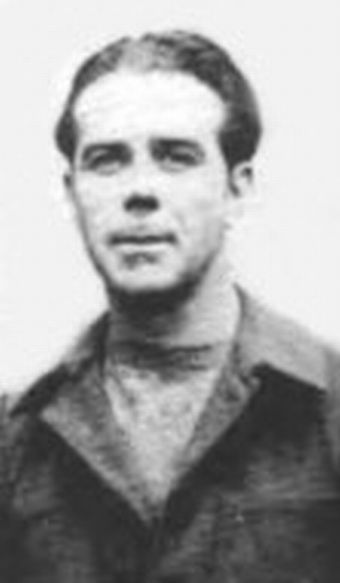