Awarded for holding the key position at Kingisepp along with his Kampfgruppe starting on the 17.08.1941. By this action he helped to ensure contact remained between the 18. Armee and Panzer-Gruppe 4 during the time period 18.-24.08.1941, allowing the latter to continue its advance towards Leningrad at a crucial time.

Grase has demonstrated both an outstanding devotion to duty as well as first-rate leadership qualities while engaged in defensive combat with the Soviets. Because of this he succeeded in holding the vast majority of the friendly bridgehead over the Luga at Porietschje after days of incessant attacks by the Soviets. His actions likewise ensured the defeat of two major Soviet offensive operations that aimed to recapture Kingissepp and seize Luzk, respectively. Oberst Grase also played an invaluable role in maintaining contact with those friendly elements that were thrusting forward to Krasnowardaisk as well as in ensuring the successful movement of a Panzergruppe towards Leningrad.

The aforementioned actions took place during the Second Battle of Lake Ladoga (12.01.-05.04.1943) in the Gaitolowo-Tortolowo sector. Following the conclusion of hostilities his Division had the distinction of being the only one to have held onto the positions which it occupied at the start of the battle. 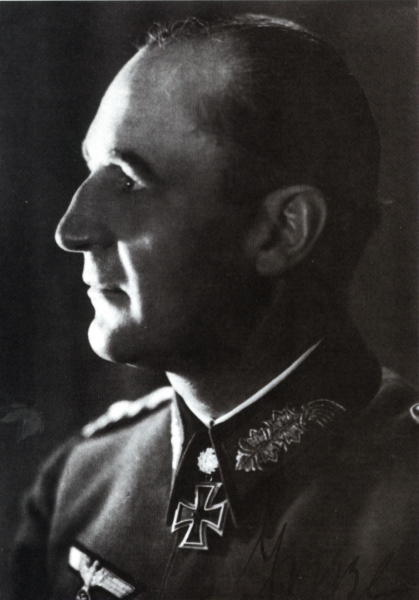