Citation:
"During May 1940, this officer led his squadron on a large number of offensive patrols over Northern France. On one occasion an attack was made on a formation of no less than 60 enemy aircraft. In company with his Squadron he has shot down fifteen Messerschmitts, and possibly one Heinkel 111 and one Junkers 88, during the period mentioned. He also flew a trainer aircraft to Calais Marck aerodrome to rescue a squadron commander who had been shot down but was uninjured. Whilst taking off, after the rescue, an attack was made by twelve Messerschmitt 109's but with great coolness and skilful evasive tactics Flight Lieutenant Leathart succeeded in shaking off the enemy and landing again without damage. Subsequently he took off and flew back to England unescorted. This officer has displayed great courage, determination and splendid leadership." 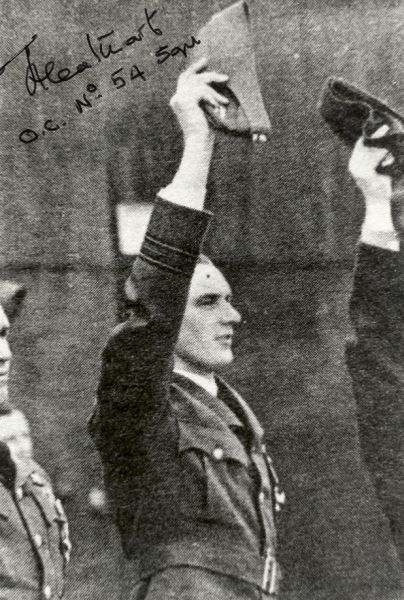