On the 17-18.08.1941 the 263. Infanterie-Division was deployed to the Yelnya salient, where they faced desperate Soviet attempts to push back the Germans. In this context Hauptmann Koetz and his Bataillon distinguished themselves near Jakowlewo in the fighting around Hill 256.9, also known as the Chimborasso, in the time period 17-28.08.1941. The Bataillon put up a tremendous fight against the overwhelming Soviet attacks, and for this Koetz would be decorated with the Knights Cross.

On the 13.12.1943 the Soviets began a major attack against the key positions of the 3. Panzerarmee north of Vitebsk. Despite fierce German resistance, the 87. Infanterie-Division became surrounded. It was however able to break out on the 16.12.1944 along with the subordinated Grenadier-Regiment 365 in the area Choljawki/Karewy, Slyndiki. It reached the main battle line of the 20. Panzer-Division near Ambrossenki (2 km northwest of Malaschenki), thus escaping the trap.

This breakout was only able to succeed due to the performance of the Grenadier-Regiment 185, commanded by Oberstleutnant Koetz, and the Sturm-Bataillon Hochgartz. For his role in saving his Division Koetz would be decorated with the Oakleaves.

Mentioning:
"In the battles on the East Prussian border, two "Kampfgruppen" under the leadership of the Oak Leaves bearers Oberst Koetz and Oberst Lauchert have particularly distinguished themselves." 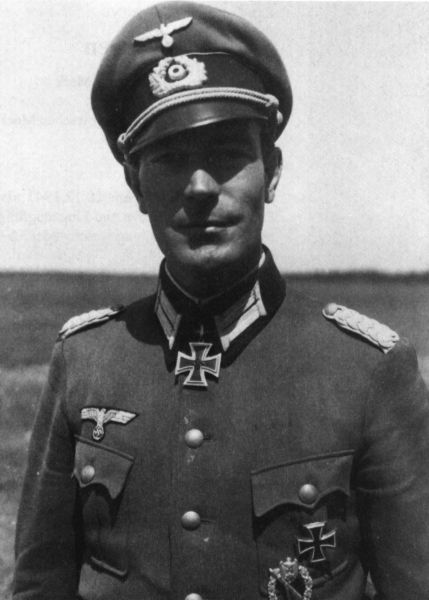