1) The destruction of an Allied tank regiment that was attacking the southern flank of the 2. Armee, which broke the momentum of the hostile offensive operation here that could have potentially led to undesirable operational consequences for the Germans.

2) For his Regiments attack against Tschernigoff on the 01.09.1941 through heavy Soviet artillery fire, which enabled other elements of the Division to force a swift crossing over the Desna river.

Awarded for the steadfastness and bravery of his Division during the fighting east of Riga in late 1944. 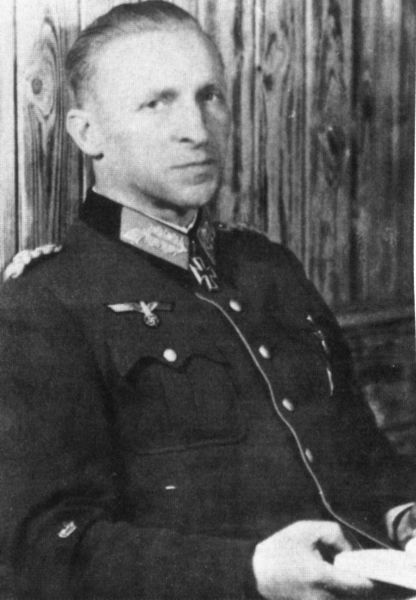