Awarded for the leadership of his Kompanie during the battle for Crete in May 1941. With his men he was able to capture a number of important objectives, culminating in the seizure of the all-important Hill 156 from the Allies on the 27.05.1941. Later on his Kompanie would play a key role in the final fighting on the island, when on the 30.05.1941 he and his Kompanie launched an attack towards the west (near the oil factory) and made contact with friendly Gebirgsjäger. 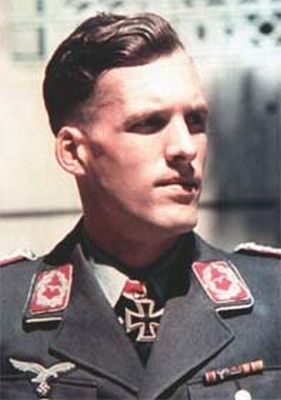