At the end of August 1944 the Fallschirm-Sanitäts-Lehr-Abteilung was deployed as an infantry unit in the defensive battles around Nancy-Luneville, later being subordinated to the 15. Panzergrenadier-Division. In Priesterwald Langemeyer and his men were three times able to eject US paratroopers from the territory they had captured. During the last attack of the Bataillon on the 30.09.1944 in a forest battle, Langemeyer was wounded through a shot to the foot. He nonetheless continued to lead his scratch Kampfgruppe of about 100 men for another three hours before being evacuated. For his achievements during his brief spell as an infantry commander he would be decorated with the Knights Cross. 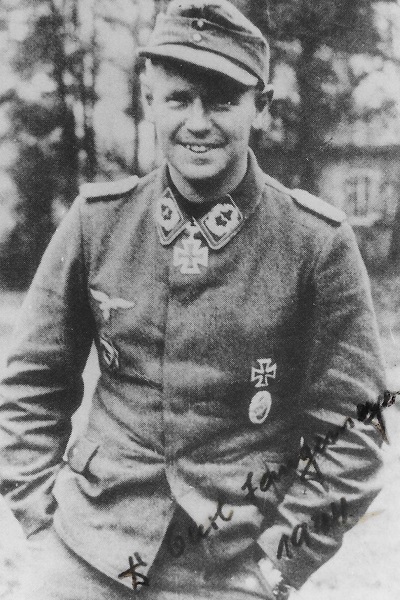