Josef Frantisek was a carpenter's son who, after his initial training as a locksmith, volunteered for the air force of Czechoslovakia, and went through the Flying School in Prostejov in 1934-1936. He was then assigned to the 2nd regiment in Olomouc. During his time with the 5th observation flight flying the Aero A-11, and Letov S-328 biplanes, Josef's individualistic attitude first showed. He never had a sense of discipline on the ground. Demoted from the rank of Lance Corporal to Private for late returns to his unit, pub fights and other incidents, Frantisek faced the prospect of being released from service. As an exceptionally talented pilot he was chosen for a fighter course with the 4th regiment, and he stayed with this regiment after completing training. In June, 1938 he was assigned to the 40th Fighter Flight in Prague-Kbely. During the dramatic events of 1938, the 40th flight was dispatched to several airports around Prague to defend the capital. After the Munich agreement, the flight had to return to Kbely, where it stayed until 15 March 1939, when Czechoslovakia was taken by Germany without a fight. Josef Frantisek escaped to neighboring Poland.
On 29 July 1939, preparing to travel to France, Frantisek received a offer to join the Polish Air Force. He arrived at Deblin airbase, and after retraining with Polish equipment, became an instructor with the Observation Training Squadron. After his airfield bas bombed into rubble on 2 September 1939, Frantisek then left for Gora Pulawska airfield, where, he helped fly the remaining airplanes away from the advancing Wehrmacht. After this, Frantise was transferred several times and flew reconaissance missions when at the same time the Polish resistance was coming to an end. On 22 September 1939, the remaining six planes flew from Kamionka Strumilowa airfield to Romania. Three of these machines were flown by Czechs. Frantisek flew General Strzemieński in his machine. They landed at the Ispas airfield, and went on through Cernovici and Jassa to Pipera. They were interned, but escaped on 26 September. They got to Bucharest, obtained documents and on 3 October 1939, boarded the steamer "Dacia" leaving Constanta for Beirut. They continued to Marseilles on board the "Theophile Gautier", entering France on 20 October 1940.
Immediately after his arrival to France he had a conflict with one Czechoslovak commanding officer, after this incident he didn't entered into Czechoslovak Foreign Army and he joined the Polish Air Force in France. There are conflicting reports regarding his combat activities. Some witnesses claimed Frantisek shot down 10 or 11 enemy aircraft flying with the French. It is believed that he was confused by British historians with Frantisek Perina who was credited with 11 victories with the Armée de l'Air.
On 18 June 1940, after the fall of France, Frantisek took a Polish ship from Bordeaux to England. He arrived at Falmouth on 21 June. Frantisek was sent to a Polish aviation depot in Blackpool, and on 2 August 1940 left for Northolt airfield, where the 303rd Polish Fighter Squadron was being formed. The squadron was equipped with Hurricane Mk. I fighters. In one of first training flights on 8 August Frantisek belly landed - he forgot to open the gear in his Hurricane before landing.
Frantisek scored his first kill under British skies on 2 September 1940. The next day, the squadron took off and was vectored to Dover, where Frantisek again shot down an enemy fighter for his second kill in the "Battle of Britain". On 6 September 1940, in heavy combat, the 303rd downed 5 Bf 109s, but Polish losses this day were serious: both Squadron leaders (Polish - Krasnodebski, British - Kellet) and 2 other pilots were shot down, Frantisek luckily returning in his damaged fighter to Northolt. Three days later, Frantisek was forced to land with a badly damaged Hurricane on the field at farm near Falmer. The plane was totally destroyed, but Frantisek got out of it, unscathed. 15th September 1940, was a great day for the 303rd, when its pilots tallied 16 victories against the Luftwaffe, and Frantisek downed one Bf 110 in that action.
On 8th October 1940 at 09.40 hours, one day after his 27th birthday, his Hurricane touched down in high speed and crashed on the end of airfield in Cuddington Way at Ewell. He was blowed from the cockpit , broke his neck and he died.
There are sources who say he misjudged an aerobatic manoeuvre in front of his girlfriend's house. Other witnesses mention his absolute exhaustion from previous fighting
During 28 days he claimed 17 victories and 1 probably victory. With this score he became the best RAF fighter pilot in the Battle of Britain. This place he kept till his death. When the Battle of Britain finished on 31st October, he was on the fourth place between the best RAF fighter pilots.

Citation:
"This officer has participated in almost every operational flight carried out by his squadron. He has displayed conspicuous gallantry in attacking superior numbers of enemy aircraft and has destroyed five of them within a period of one week. He has set an excellent example to other members of his flight."

Second DFM awarded as a bar for on the ribbon of the first DFM.
Awarded posthumously. 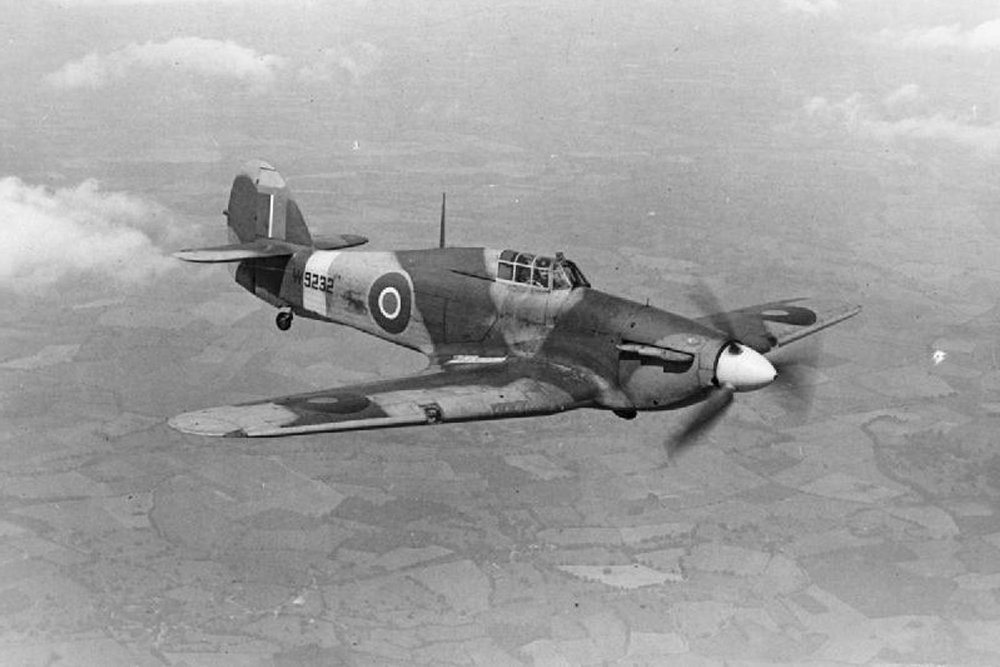