This medal was instituted in 1945. It was awarded to personnel of the Polish Air Forces in active duty during the Second World War.
The 36 mm in diameter medal is silver with a so called French Ball suspension ring. In the centre of the medal the Polish Air Force insignia can be found. This is enamelled in red and white. This insignia is surrounded by an oak leaf wreath. On the reverse the words "POLSKA SWEMU OBRONCY" can be found, also surrounded by an oak leaf wreath. The ribbon is pale blue with a white stripe on each edge of the ribbon.
The medal could be awarded four times. Each additional awarding was noted with the addition of a clasp with oak leafs on the ribbon. 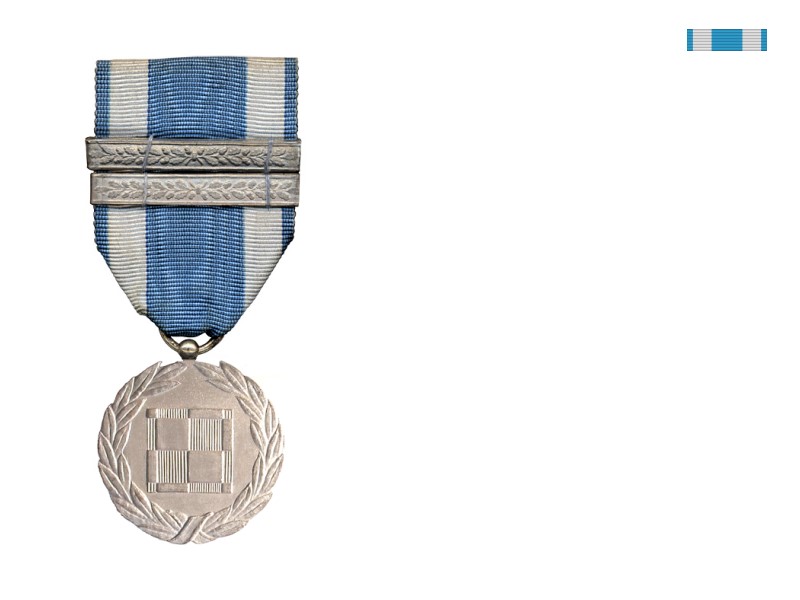