Tadeusz Andersz was born in Hoensbroek, the Netherlands, and is from Polish origin. After graduating from high school in Poznan in 1937, he enrolled in the Aviation Cadet School in Deblin, interrupted by the outbreak of World War II. He and many collegues fled to France to join the ranks of the Allied forces and served as pilot and eventually as Squadron Commander from the summer of 1941 to November 1943 in the 315 Fighter Squadron "Deblinskiego". After a short break he returned on the battlefield while serving the 61 Squadron, 56 Fighter Fighter Group, 8th Air Army USAAF from March 1944 and was appointed Commander of the 315 Squadron in August 1944. In the last war months, Andersz served as staff member of the 12th Fighter Group. In May 2005, he was promoted to the rank of Brigadier General and died two years later.

He downed two German planes with the possibility of a third one.

"For long-term independence and social activity" 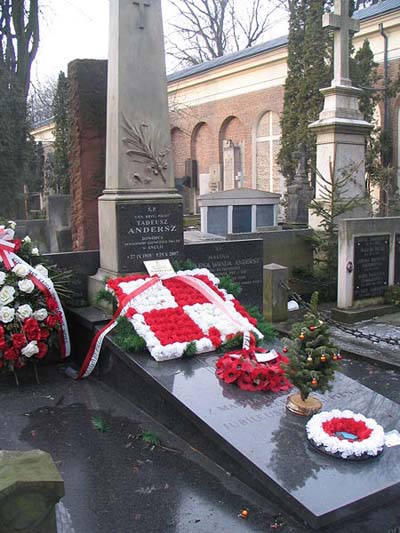