The Italy Star was awarded for operational service in Sicily or Italy, around the Aegean, in Corsica, Greece, Sardinia, Yugoslavia and Elba between June 11th, 1943, the capture of Pantellaria and May 8th, 1945, VE Day. Service on Austrian territory during the last few days of the Second World War also qualified for this star, and not for the France and Germany Star.
RAF aircrew who took part in operations in the Mediterranean theatre, including operations over Europe from Mediterranean bases, also qualified. Royal Navy and Merchant Navy personnel qualified by service at sea in and around the areas mentioned, including operations off the south coast of France.
Personnel serving in Sicily after August 17th, 1943, in Sardinia after September 19th 1943 and in Corsica after October 4th, 1943, did not qualify.
There were no clasps to this medal, and the ribbon consists of five vertical stripes of even width, coloured red, white, green, white and red; representing the colours of the Italian flag. 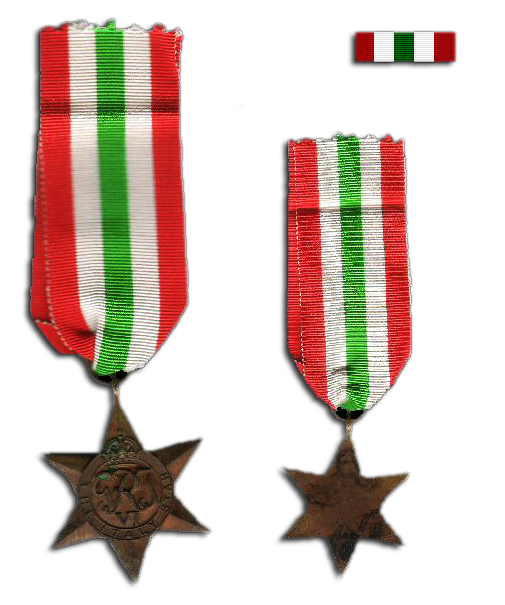