This star was awarded for operational flying from UK bases over Europe and the UK for a period of minimal two months from September 3rd 1939 to June 4th 1944 and was reserved for RAF personnel only. Army personnel that were assigned to air crew duty had to be assigned for at least four months (120 days), of which at least a period of 60 days had to be operational. During these 60 days, at least one operational flight over the territory had to be made.
The Star was always awarded to airmen who were injured in action, irrespective of time served. Prisoners of war qualified for this star only when the 1939-1945 Campaign Star had been awarded previously. Service by air crews in maritime operations was not a qualification; POW's who managed to escape and return to the UK within the required two-month period after joining did not qualify either.

The badge is a six-pointed star with the Royal Cipher GRI-VI in the centre surmounted by a crown above the inscription: "Air Crew Europe Star". The reverse side is blank and the Star is issued unnamed. Many military had their name, with or without the rank engraved on the back. The medal measures 44 mm high and 38 mm wide.

The ribbon, 1.25" wide is pale blue with black edges and a vertical narrow yellow stripe on side, black and blue representing the continuous night and day operations and yellow representing the searchlights. A silver rosette was worn on the ribbon bar when a clasp was received.
Conferment of this Star was suspended after D-day. 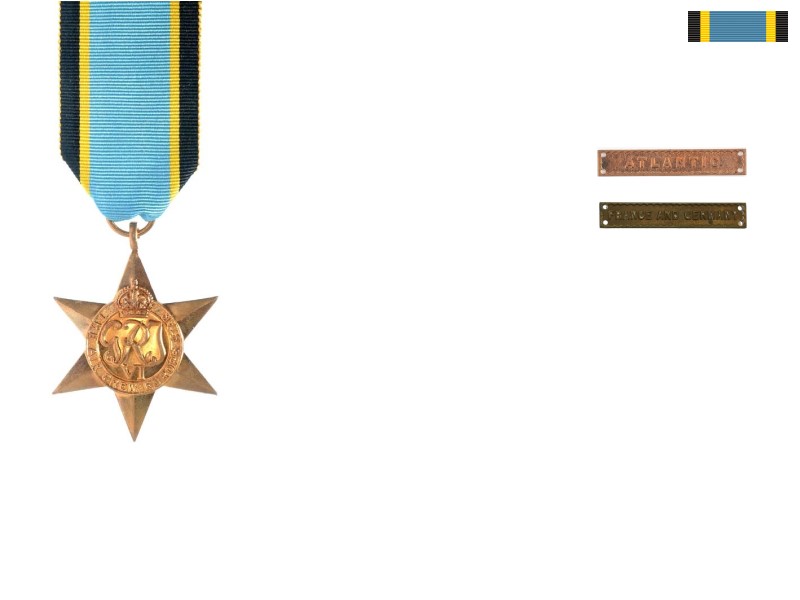