Citation:
"Flying Officer Albert is a navigator of a heavy four-engined bomber who has displayed great keenness and efficiency throughout his long operational career. His most outstanding ability has contributed greatly to the success of the crew's attacks on many of the most heavily defended German targets such as Berlin, Leipzig, Stuttgart, Dusseldorf and Munich. His cheerful spirit in the face of great opposition has been an inspiration to his crew members and his co-operative attitude on the ground has been of great assistance to the Section and a fine example to all on the Squadron. His quiet assurance and strong sense of duty is worthy of high praise."

With "France and Germany" clasp 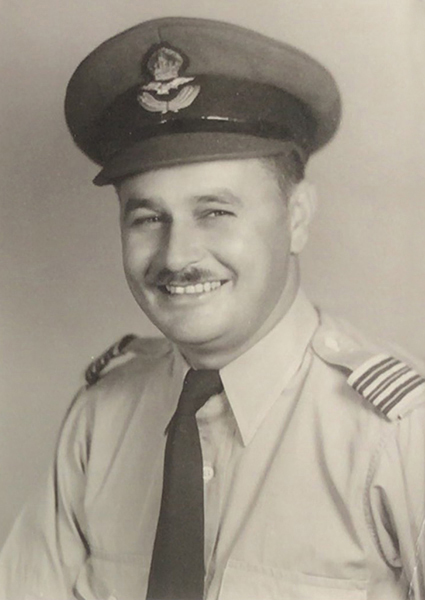