The Air Efficiency Award, was to be given for ten years' efficient service in the Reserve Air Forces of the United Kingdom, Commonwealth and Empire services. Unlike other long service and meritorious conduct awards, both officers and enlisted men were eligible. It was established on August 17th, 1942. Only officers were allowed to use of the post-nominal AE.

A second awarding to those who served another period of 10 years, was done in the form of a clasp to be worn on the ribbon of the first AE.

The award was discontinued on 1 April 1999, and replaced by the Volunteer Reserves Service Medal. 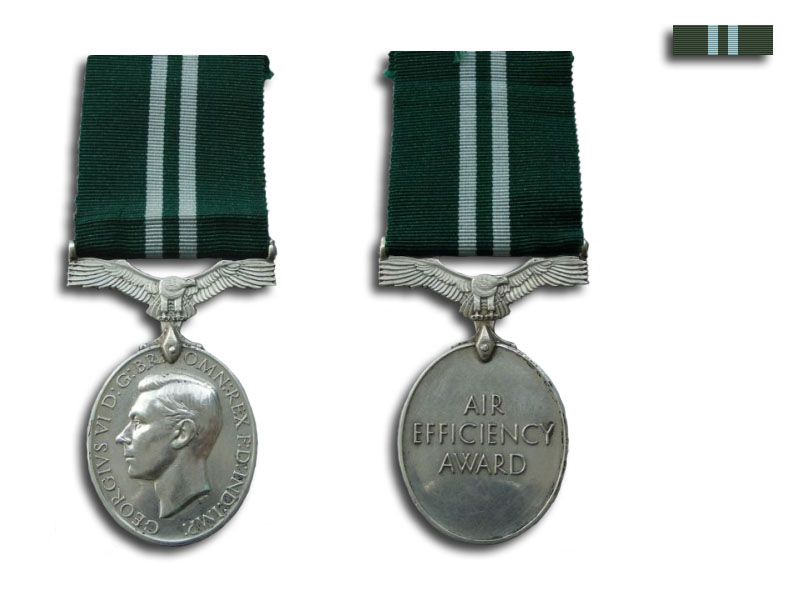