After the Second World War Ernest Leonard Archer also received the Civil Division to the Officer of the British Empire (OBE, June 14th, 1975).

Citation:
"Distinguished himself during the operations near Arnhem from September 17 to 25, 1944, by deeds of initiative, courage and perseverance and showing, in every respect, an uncommon devotion to duty and a great tenacity of purpose."

" S/Ldr.ARCHER completed his 60th and 61st operations by leading his flight to ARNHEM on two occassions. His untiring energy was undoubtedly a main factor in the success of our part of Operation "MARKET", made complicated by the necessity of using an advanced base.

His record of operation sorties would be difficult to equal - he was a member of 59 Squadron, employed during the British invasion scare, in day and night bombing of the Channel ports. His Squadron was practically annihilated.

After a period of Staff work he came to 38 Group, and took part successfully in the invasion of Normandy. He was also successful in numerous flights with arms and ammunitions for the Maquis.

His zeal and ability throughout all this period , during which he was also engaged in helping to train two British Airborne Divisions, has been an inspiration to his flight, and a mainstay to his Squadron Commander.

REMARKS OF SQUADRON COMMANDER
I feel that this Officer's record of service strongly deserves recognition.

"S/Ldr.Archer has displayed great gallantry and devotion to duty at all times. His work during the ARNHEM operation was typical of his enthusian and skill and I strongly recommend him for the Dutch Bronze Cross.

"Wing Commander Archer is now on his third tour of operations. He has taken part in airborne operations into Sicily, Italy, Normandy, Arnhem and the Rhine crossing. His exceptional ability and determination in the face of difficulties have enabled him to complete many difficult missions successfully. More recently this officer has been in command of his squadron and, in that capacity, he has displayed great organizing ability and, both in the air and on the ground, set an inspiring example to the other members of his squadron."

Permission to wear the decoration granted on June 27th, 1947.

Received with palme.
Permission to wear the decoration granted on June 27th, 1947. 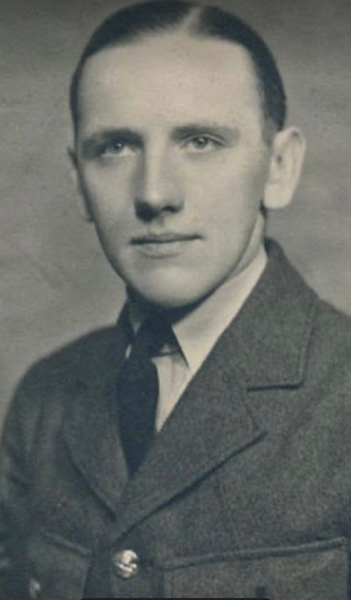