George Andrews qualified as a Wireless Operator in April 1940 and as an Air Gunner in June 1940. He was posted at No. 57 Squadron, flying Blenheims, at first mostly on sweeps over the North Sea. The Squadron converted to Wellingtons in December 1940 and joined in the strategic night bombing offensive. These actions included a night raid to Rotterdam on 10th February and raids on Kiel, Bremen, Cologne, Hamburg and Brest.
While flying from Gibraltar to Malta on 9th May 1941, his plane crashed in the Mediterranean with the loss of three crew members.
By June 1942 he was back with 57 Squadon with night raids to Essen, Bremen, Duisburg, Hamburg, Mainz, Osnabruk and Frankfurt. In September, the Squadron undertook conversion training on Manchesters switching quickly onto Lancasters in October as the Machester had severe unreliable engines.
He was commissioned Pilot Officer on the 6th October.
On the 17th October he took part in the historic low-level attack on the Schneider works at Le Creusot, in which 90 Lancasters of No. 5 Group Bomber Command participated.
He was killed in action on a raid to Hamburg on the 9th November 1942.

Citation:
Flight Sergeant Andrews is now serving on his second operational tour. He has taken part in many sorties, including the recent raids on Le Creusot, Genoa and Milan. He is an exceptionally fine wireless operator and an invaluable member of aircraft crew. He has always displayed skill, initiative and keenness of the highest order.

Effective as from 8th November,1942 (since deceased). 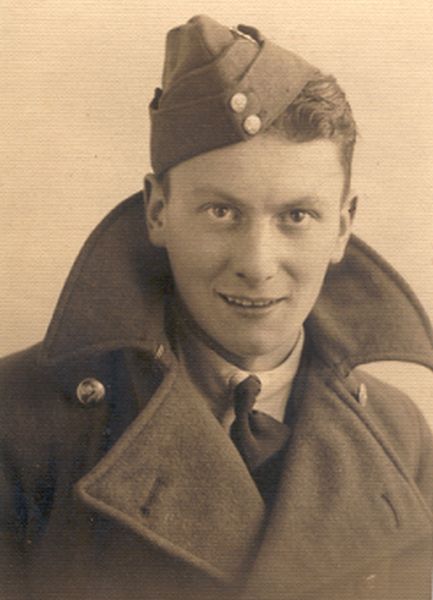