The Africa Star was awarded for service in any operational area in North-Africa between June 10th 1940 (the day of Italy's entry into the war) and May 12th 1943 (the end of hostilities in North-Africa) or the Mediterranean. The badge is a six-pointed star with the Royal Cipher GRI-VI in the centre surmounted by a crown above the inscription: The Africa Star. The ribbon is 1.25" wide and coloured pale buff with a vertical broad scarlet stripe and a narrow stripe of dark blue to the left and one of light blue to the right of the central stripe; the buff representing the desert, the other colors the three armed services.
Bars were awarded to personnel of 8Th Army, 1st Army and for service in North-Africa 1942-1943; the emblems were the digit 8 for 8th Army from October 23rd 1942 to December 5th 1943 and the digit 1 for 1st Army from November 8th to December 31st 1942 or from January 1st to December 5th 1943. A silver rosette was worn by personnel of HQ 18th AG who were not eligible for the first two bars. 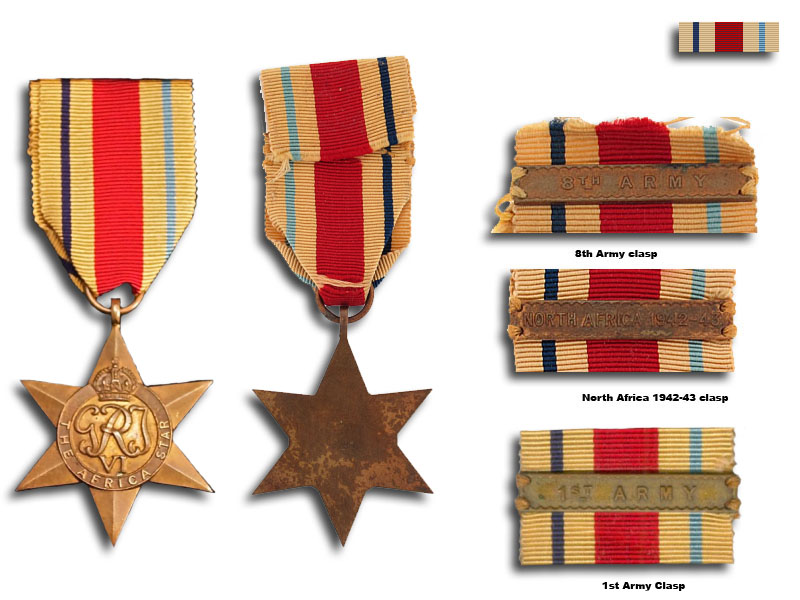