Commendation:
"On 5 Nov. 42, Allenberg's SQN was operating behind enemy lines, South of DABA - one of his Sqn. cars attacking 14 German trucks had been hit and captured with its cres - at last light. Allenberg - observing the approximate Leager area - set forth after dark in a 15 Cwt accompanied by 6 0/Ranks. At approx. 02.00 hrs on 6 Nov. the leager was discovered and the party approached to within 50 yards and opened up with their automatic rifles. Allenberg, showing splendid leadership and outstanding bravery - led his party in and finally recaptured the men taken prisoner in the early evening together with the 14 enemy trucks and 25 prisoners.
One of Allenberg's party was killed and one seriously wounded."

Was at first recommended to receive the Military Medal. 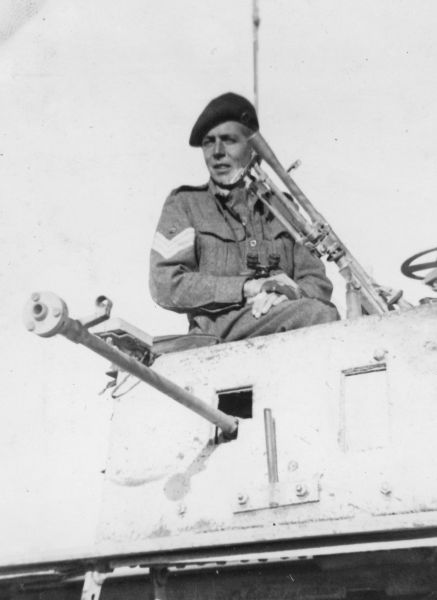