Charles Donald Andrewartha joined the RAF at No 1 Reception Depot West Drayton on November 19th, 1935 as an AC2. He rose steadily through the ranks and took his first solo flight on July 9th, 1941 in Magister N3779. After training on a numer of aircraft he served operationally with No. 115 Squadron in Lancasters from June 1944 to December 8th, 1944 when he completed his second Operational tour of 30 sorties.
He then flew as an instructor on Wellingtons and Harvards. He tranfered to Aircraft Control and subsequently served in Egypt, Cyprus and Germany as well as many UK locations. He retired aged 55 on April 15th, 1971.

Citation:
This officer has completed very many sorties and has set a fine example of skill and keenness throughout. In October, 1944, he was captain and pilot of an aircraft detailed to attack Cologne. On his first run over the target the bomb release mechanism became defective and the bombs failed to drop. In spite of considerable anti-aircraft fire,
Flying Officer Andrewartha made a second, and yet a third run over the target on which the bombs were dropped manually. Some days later, Flying Officer Andrewartha again attacked the same target. Although his aircraft sustained extensive damage when hit by anti-aircraft fire he completed his mission successfully. He displayed the highest standard of determination and devotion to duty." 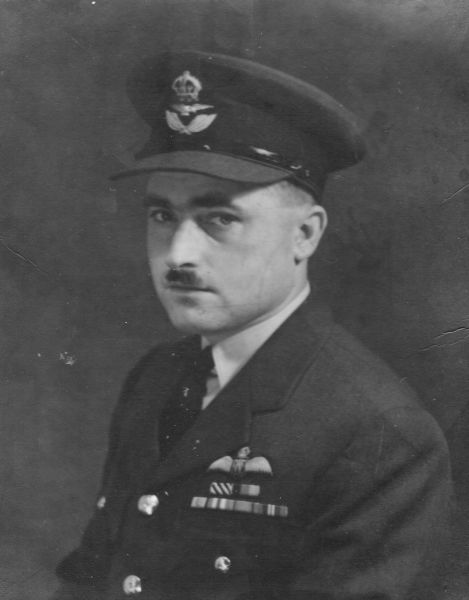