This star was awarded for operational service in the Pacific theatre from December 8th 1941 onwards, whether at sea, on land or in the air, until the cessation of hostilities in the Pacific. The badge is a six-pointed star with the Royal Cipher GRI VI in the centre, surmounted by a crown above the inscription: The Pacific Star. A bar was awarded for service in Burma. Personnel qualifying for both received only the first star with a silver rose emblem for the second, whichever was earned first. The ribbon is 1.25" wide, dark green with red edges, a central yellow stripe and stripes of dark blue and light blue at either side; it is worn with the dark blue stripe farthest from the left shoulder. The green and yellow stripes represent the forest and beaches of the Pacific, red represent the Armies, dark blue the Naval Forces and Merchant Navies and light blue the Air Forces.
The Star is issued unnamed. 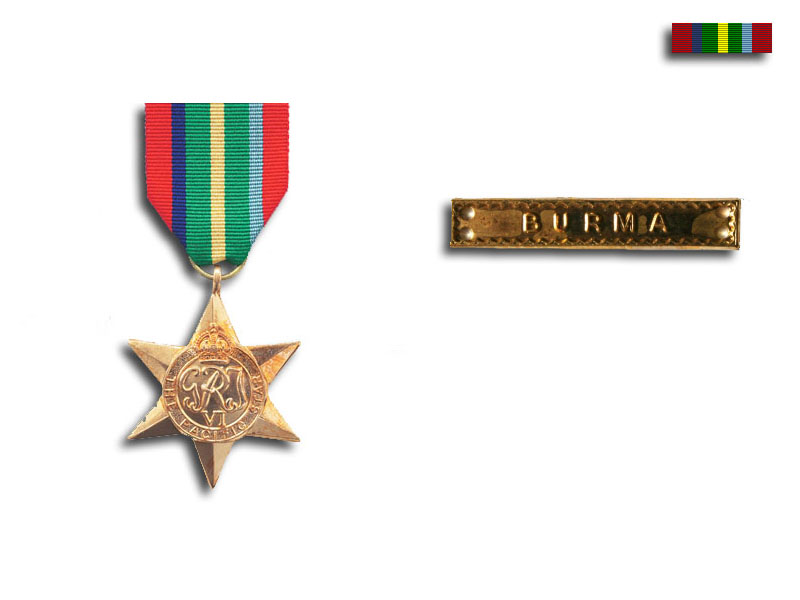