Armstrong was the nephew of Hugo Throssell, a Victoria Cross winner on Gallipoli during the first World War.
He lived in Cottesloe and attended Hale School from 1929 to 1932.
He left school to work for as a car salesman for the family vehicle business and gained a reputation as a fanatical racing driver.
He was to be one of the first to join the RAAF after the outbreak of war and after training on Tiger Moths at Cunderdin he sailed for England and joined No 452 Squadron as a Spitfire pilot.
He was commissioned as a Pilot Officer in early part of 1941. He then served with 129 and 72 Squadron's until July 1942 when he was then posted as O.C. 611 Sn. In the meantime his tally had reached 9 kills. The first occuring on the 21st September 1941 when he shot down a Bf 109E over Le Touquet whilst escorting Blenheims. Armstrong was the Commanding Officer of 611 Squadron, which took-off on a scramble to intercept an FW190 raid, his 150th operation, but was shot down by one of the FW190s from 5/JG26 and crashed in the sea off Boulogne. The German pilot credited with this was Heinz Gomann.
Armstrong was credited with 12 kills during WW2.

Citation:
"This officer has participated in 29 operational sorties over enemy territory. He has destroyed at least 5 enemy aircraft and damaged a further 2. Flight Lieutenant Armstrong has displayed courage and initiative and his judgment and skill as a leader have contributed largely to the successes achieved by his flight."

Citation:
"Since being awarded the Distinguished Flying Cross Squadron Leader Armstrong has participated in many sorties over enemy occupied territory during which he has destroyed a further 4 enemy fighters and probably destroyed 2 others. His great powers of leadership have contributed largely to the successes achieved by his squadron. This officer's keenness to engage the enemy at all times and his excellent escort work have set an inspiring example to all." 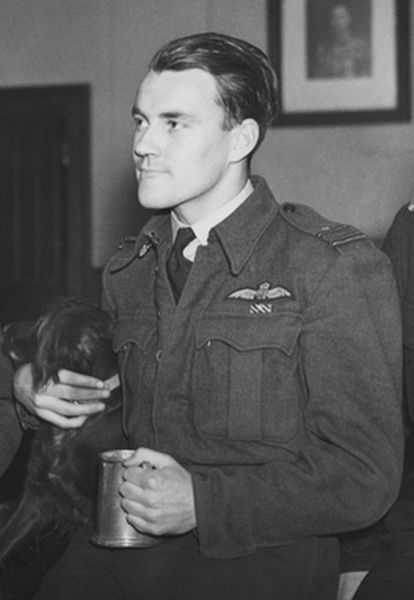