Remi van Lierde was first trained as an observer, but then became a pupil pilot. He was shot down and wounded on May 16 1940. Hospitalized by the Germans, he manages to escaped via France and Spain where he was held in the Miranda concentration camp and finally reached UK on July 20. On September 5th he joined the RAF and in October he attended 57 OTU. He was then posted to 609 Squadron on January 9 1942, flying Typhoons.
On April 20 1944 he joined 3 Squadron flying Tempests, where he operated against V-1s until August. On August 20th he joined 164 Squadron and flew with this squadron until May 16 1945, when he was posted to 84 GSU. Remy van Lierde's victories in World War 2 were 6 destroyed, 1 damaged, 1 destroyed on ground, 35 and shared V-1s.
After the war he commanded a number of units.
He commanded Kamina Air Base in the Belgian Congo 1959-60, and in 1963 was on Staff of 7 Wing. In 1967 he commanded Chienes Air Base, but retired as a Colonel on January 1st, 1968.
He died at Lessines on June 8th, 1990. 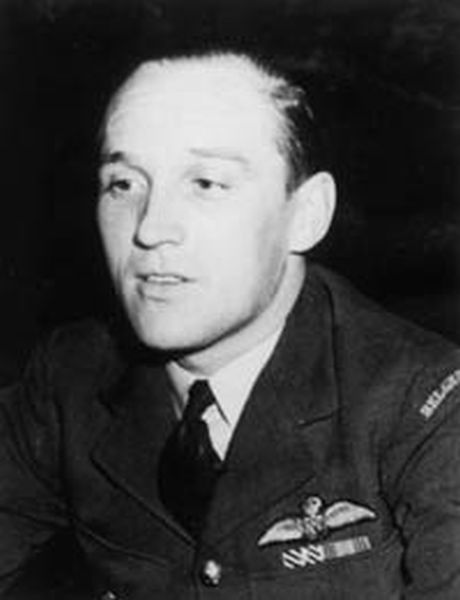