For action performed on 3 February 1945, near Nasugbu on the island Luzon, Philippines.

Synopisis:
"For extraordinary heroism in connection with military operations against an armed enemy while serving with the 188th Parachute Infantry Regiment, in action against enemy forces on 3 February 1945. Colonel Soule's outstanding leadership, personal bravery and zealous devotion to duty exemplify the highest traditions of the military forces of the United States and reflect great credit upon himself, his unit, and the United States Army."

"For extraordinary heroism in connection with military operations against an armed enemy of the United Nations while serving as Commanding General of the 3d Infantry Division. Major General Soule distinguished himself by extraordinary heroism in action against enemy aggressor forces in the vicinity of the Changjin (Chosin) Reservoir in North Korea, during the period 1 through 24 December 1950. Assigned the mission of covering the withdrawal of those elements of the X Corps in the Chosin Reservoir and Hagaru-ri areas, General Soule displayed sound judgment, high professional skill and untiring energy in directing the operations of his division. Although faced with a numerically superior force, freezing temperatures, and an aggressive foe, General Soule's actions enabled the successful withdrawal of the entire FIRST Marine Division and elements of the Seventh Infantry Division. Subsequently, General Soule continued his covering mission so successfully that the enemy was continuously beaten back from the beachhead allowing a complete and orderly withdrawal of all units of X Corps from the Hungnam area with a minimum loss of personnel and equipment. His continued presence at the front under bitter conditions with total disregard for his personal safety and under small arms and automatic weapons fire, was an inspiration to his men during this historic operation."

"For exceptionally meritorious and distinguished services to the Government of the United States, in a duty of great responsibility as Commanding General, 3d Infantry Division, in Korea, during the period 8 November 1950 to 20 October 1951." 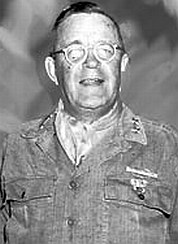 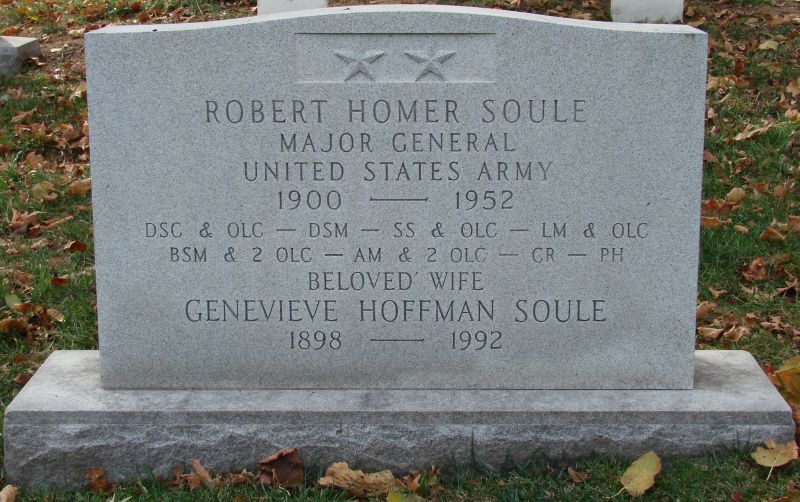