The Ribbon is white and has two blue stripes near the sides and a red stripe over the middle.

The decoration could be awarded to a person who, while serving in any capacity with the US Army, is cited for gallantry in action against an enemy of the United States while engaged in military operations involving conflict with an opposing foreign force, or while serving with friendly foreign forces engaged in armed conflict against an opposing armed force in which the United States is not a belligerent party. The required gallantry, while a lesser degree than that required for award of the Distinguished Service Cross, must nevertheless have been performed with marked distinction. 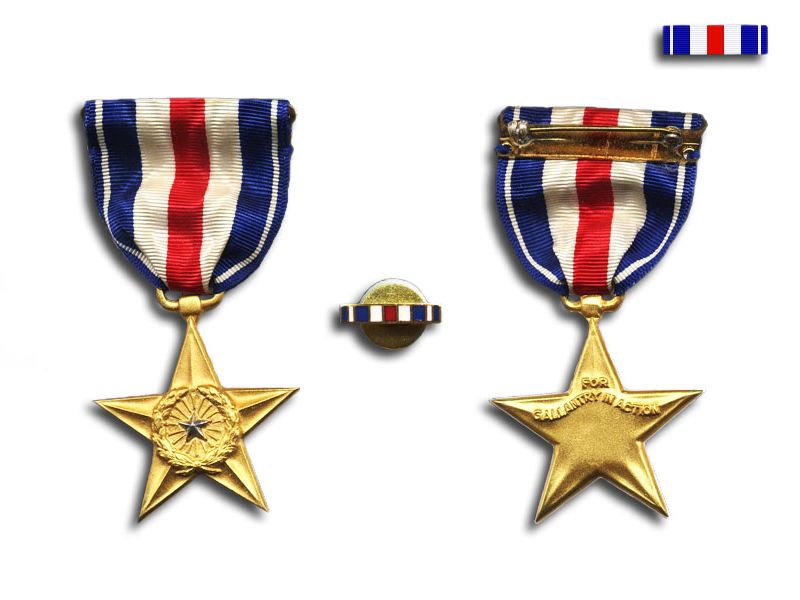