Description:
An oxidized silver badge 1 13/64 inches in height and 1 1/2 inches in width, consisting of an open parachute on and over a pair of stylized wings displayed and curving inward.
Symbolism: the wings suggest flight and, together with the open parachute, symbolize individual proficiency and parachute qualifications.

Criteria:
Awarded to any individual who has satisfactorily completed the prescribed proficiency tests while assigned or attached to an airborne unit or the Airborne Department of the Infantry School; or participated in at least one combat parachute jump.

Stars representing participation in combat jumps had been worn unofficially on parachute wings during and after World War II. The small stars are superimposed on the appropriate badge to indicate combat jumps as follows:

The Parachutist Badge was formally approved on 10 March 1941. Stars representing participation in combat jumps had been worn unofficially on parachute wings during and after World War II until they were approved by Headquarters, Department of the Army on December 14, 1983. 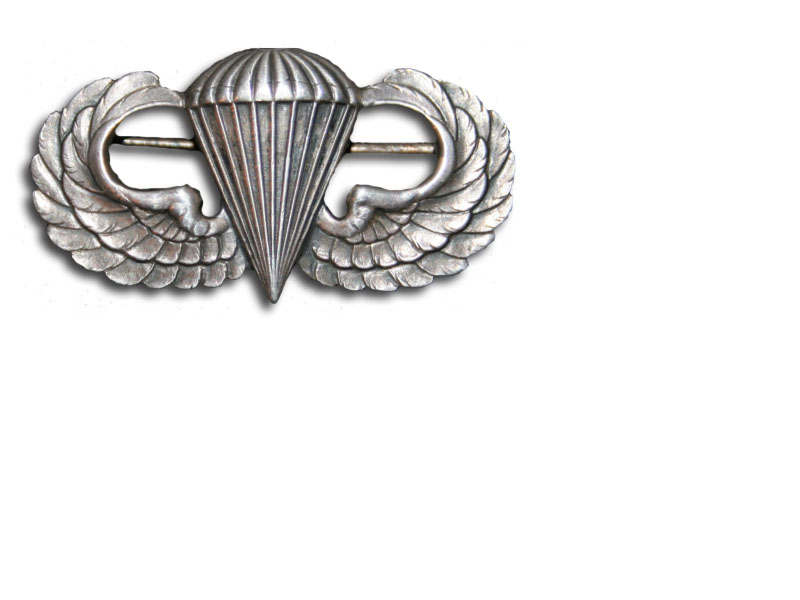