Sherman Axline entered the US ARMY on 21 October 1943 at Baltimore, Maryland ... He was overseas since 21 July 1944, received most of his training at Fort McClellan, Alabama and Fort Benning, Georgia.

For gallantry in action on 20-21 September, 1944, near ***, HOLLAND. Private AXLINE, a machine gunner, Company "H" displayed great courage while defending a position which had been encircled by infiltrating enemy. After an unsuccessful attack upon German positions in the town of ***, this company was ordered to displace to high ground to the rear and reorganize. Private AXLINE remained in position and directed accurate fire which displaced the enemy and permitted the orderly withdrawal of his entire squad. He destroyed several enemy who infiltrated near his position, and stubbornly defended it until he was killed. This gallant action by Private AXLINE contributed much to the prompt reorganization of his company and enabled it to prepare a second attack which seized the town. Entered military service from KNOXVILLE, MARYLAND. 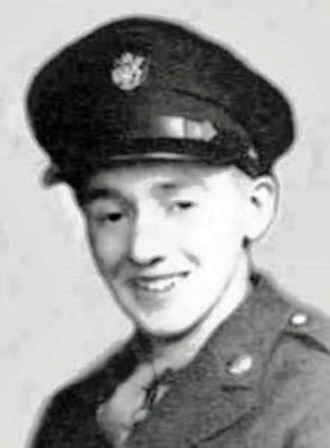