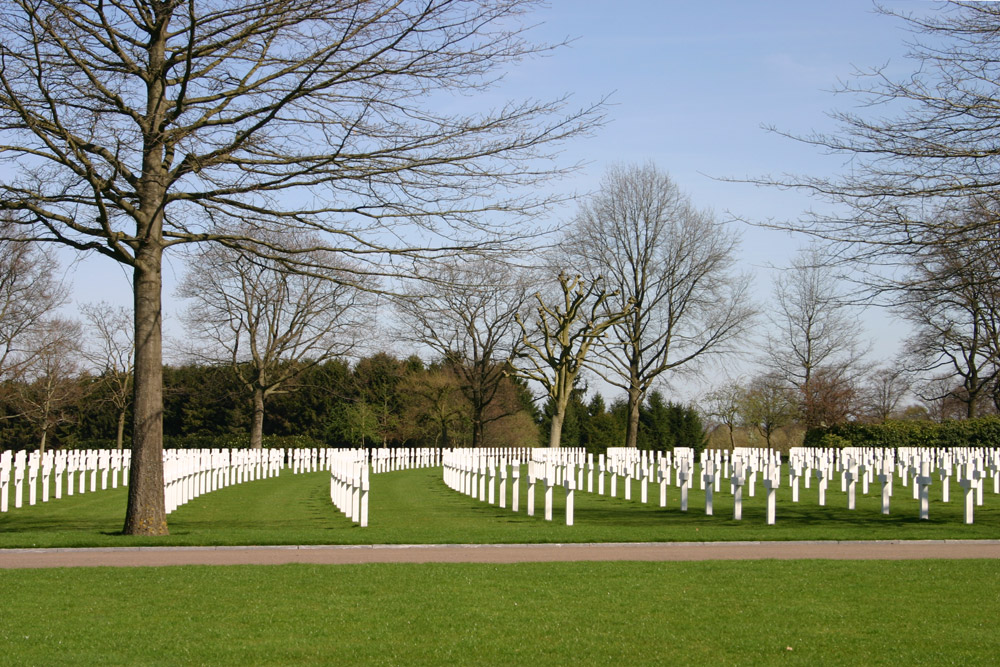 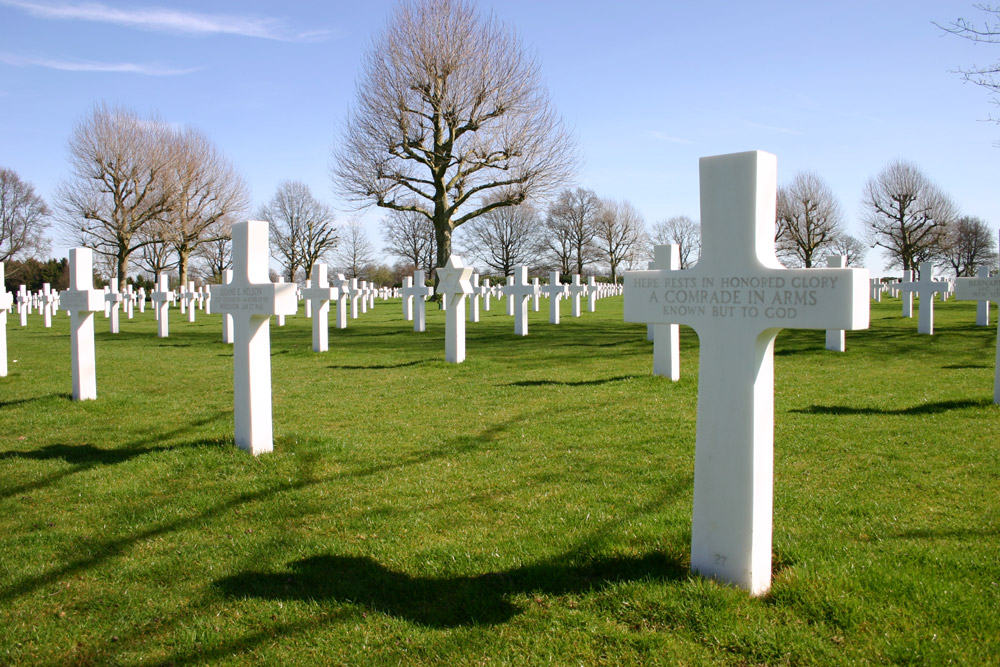 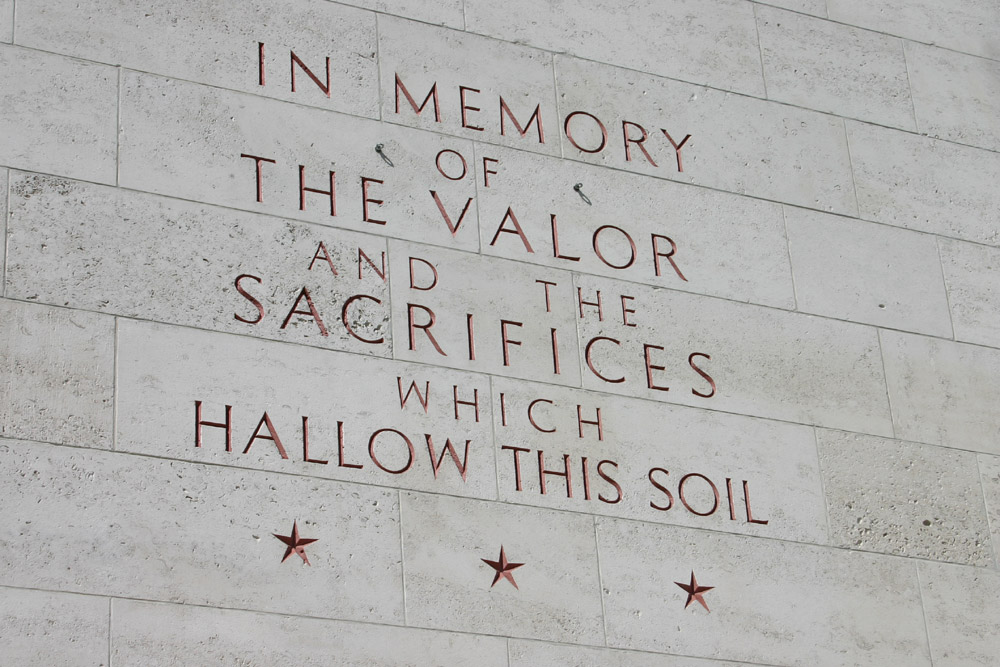 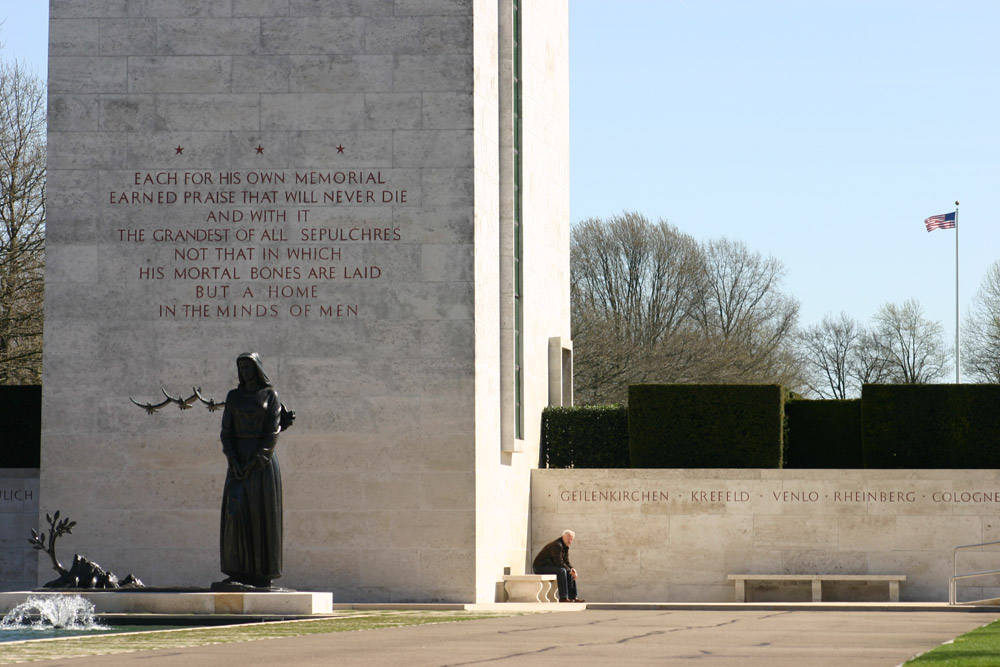 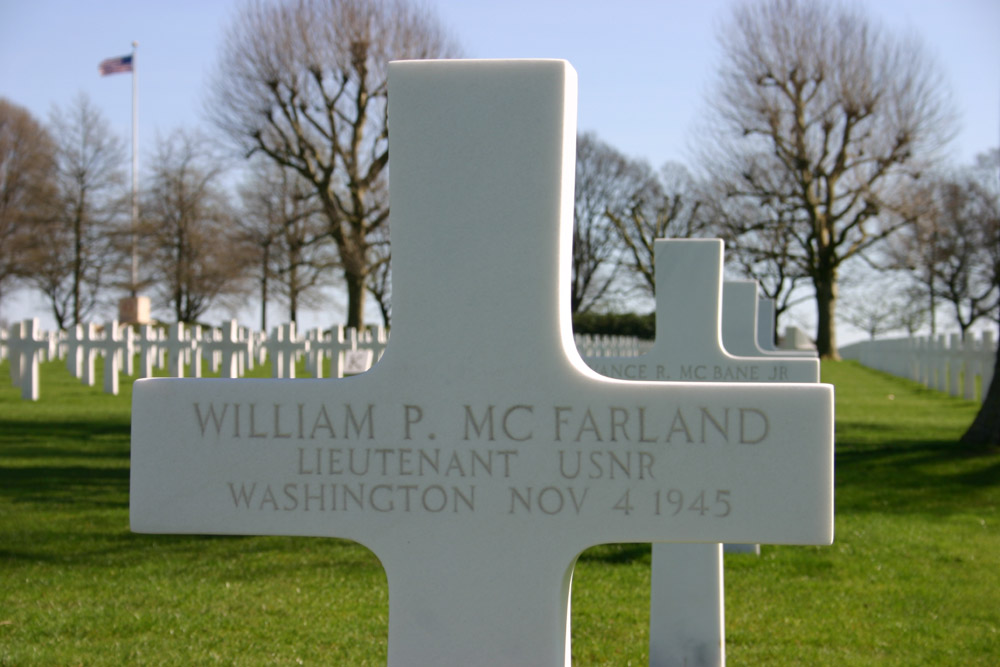 "On this peaceful May morning we commemorate a great victory for liberty, and the thousands of white marble crosses and Stars of David underscore the terrible price we pay for that victory. For the Americans who rest here, Dutch soil provides a fitting home. It was from a Dutch port that many of our pilgrim fathers first sailed for America. It was a Dutch port that gave the American flag its first gun salute. It was the Dutch who became one of the first foreign nations to recognize the independence of the new United States of America. And when American soldiers returned to this continent to fight for freedom, they were led by a President (Roosevelt) who owed his family name to this great land."
- President Bush Margraten speech, 2005.

The Netherlands American Cemetery and Memorial is the only American cemetery in the Netherlands and contains 8301 American graves from the Second World War. It covers 65.5 acres (26.5 ha) and is administered by the American Battle Monuments Commission since 1949. The walls on either side of the Court of Honor contain the Tablets of the Missing on which are recorded the names of 1,722 American missing servicemen.

On 7 July 1960, the cemetery was officially opened by Queen Juliana. Work by the Dutch Burger Comite Margraten USA Begraafplaats (established in January 1945) was transferred to the Stichting Adoptie Graven Amerikaanse Begraafplaats Margraten in 2002.

Each year on the Dutch Memorial Day commemorations take place in the cemetery.

Since American forces liberated The Netherlands in the fall of 1944, the Dutch have been committed to honoring their sacrifice. They have adopted every gravesite at Netherlands American Cemetery. They sponsor an annual concert to mark the anniversary of the liberation. In their most recent show of appreciation, a new train in the Limburg region of the southern Netherlands has been named in honor of the cemetery.