Capt. Sidney J. Altman of the United States Marine Corps was the second officer on that noted American Hebrew cover. Altman was the commanding officer of Company E, 21st Regiment, Third Marine Division, "the fighting Third." His regiment had been in numerous fierce battles on different islands. It also returned to Guadalcanal in September to recuperate, so there may have been several Rosh Hashana services on the island, one conducted by Altman and one by Fenichel. From Marine records, we do know that he was awarded a silver star for exemplary action performed on November 14, 1943, on the island of Bougainville in the Solomon Islands. Altman received a second silver star in 1944 for actions on Guam and two purple hearts.
Altman was born in Brooklyn in 1917 and lived in Woodside, New York, when he volunteered to enter the Marines. Why would a Jewish boy enlist in the Marines? Altman grew up in the 1930s in a New York where Jews could rise in stature as athletes. In high school, he became an outstanding quarterback and received a scholarship to study at NYU and play football. When he graduated in 1940, he worked as a coaching assistant in the New York City area. After Pearl Harbor, he volunteered for the Marines because of his deep patriotism. After his initial training, he was sent to the Marine base in Quantico, Virginia, to be an assistant football coach. In 1942 he was assigned to a fighting unit and went to the Pacific.
At the National Museum of American Jewish Military History in Washington, there is a picture of Altman conducting the Rosh Hashana service. He is thanking his men for their efforts so that they might all be inscribed in the Book of Life for the year to come.
Altman made the Marines his career and rose to the rank of full colonel. In the Korean War, he led the counterattack against the Chinese at the famous battle of the Hook in 1952. He retired after the Vietnam War and lived in the California area until his death in 1998. On the Web site of the museum, Altman has been designated an American Jewish military hero.

"For conspicuous gallantry and intrepidity as Commanding Officer of Company E, Second Battalion, Twenty-First Marines, THIRD Marine Division, in action against enemy Japanese forces on Guam, Marianas Islands, on 21 and 22 July 1944. Displaying sound judgment and tactical control when his right assault platoon was pinned down by overwhelming enemy fire, Captain Altman continued to move on the objective with his left flank platoon and, despite intense hostile fire, personally directed the fire of his mortars and machine guns to disperse the Japanese and seize the vital objective. In the face of further enemy fire a short while later, he advanced alone beyond the friendly defense line and returned a wounded man to safety. Staunchly fighting off repeated counterattacks during the night, he placed his command post on the front line to exercise better control and to direct more effective mortar and artillery fire, and steadfastly held his position throughout the night despite heavy casualties. Threatened by a Japanese break through his defense at daybreak, he promptly ordered the placing of an artillery barrage perilously close to his sector and, although painfully wounded by hostile hand grenades, succeeded in repelling the enemy attack before being evacuated from the area. By his professional skill, inspiring leadership and devotion to duty, Captain Altman contributed to the success of his company's mission and upheld the highest traditions of the United States Naval Service."

The President of the United States of America takes pleasure in presenting the Legion of Merit with Combat "V" to Lieutenant Colonel Sidney J. Altman (MCSN: 0-7748), United States Marine Corps, for exceptionally meritorious conduct in the performance of outstanding services to the Government of the United States as a Battalion Commander in the FIRST Marine Division during operations against the enemy in Korea from 20 August to 6 December 1952. Lieutenant Colonel Altman displayed outstanding professional skill and a superior degree of leadership and courage in directing the functions of his unit, both in combat and in training periods. Exhibiting tactical brilliance and keen understanding of enemy capabilities, he skillfully welded his battalion into a highly efficient fighting organization, ready to meet the enemy under any condition. Disregarding his personal comfort, he worked long hours to maintain the high military standards achieved by his unit. Lieutenant Colonel Altman's courageous leadership, loyalty and selfless devotion to duty contributed materially to the success of the regiment's assigned missions. His skilled services and exemplary conduct were in keeping with the highest traditions of the United States Naval Service. (Lieutenant Colonel Altman is authorized to wear the Combat "V".)

Colonel Sidney J. Altman (MCSN: 0-7748), United States Marine Corps, was awarded a Gold Star in lieu of a Second Award of the Legion of Merit with Combat "V" for exceptionally meritorious conduct in the performance of outstanding services to the Government of the United States as Chief of Staff, FIRST Marine Division (Rein.), FMF, from 11 September 1966 to 31 May 1967, in the Republic of Vietnam. (Colonel Altman is authorized to wear the Combat "V".)

for actions on Guam 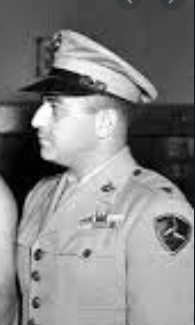 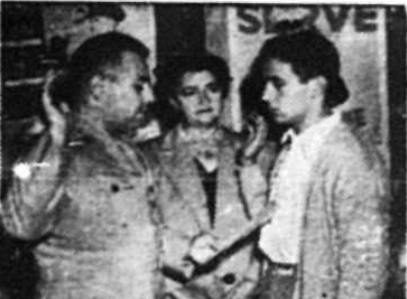 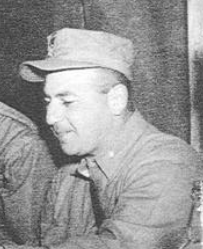