Simon Fraser was born at Beaufort Castle, Inverness, Scotland, the son of the 14th Lord Lovat (commonly known as the 16th Lord), and Laura Fraser. After being educated at Ampleforth College and Oxford University, where he joined the University's Cavalry Squadron, Fraser was commissioned into the Scots Guards in 1932. The following year, Fraser succeeded his father to become the 15th Lord Lovat (referred to as the 17th Lord Lovat) and 25th Chief of the Clan Fraser. He married Rosamond Broughton in 1938, with whom he would have six children.
Prior to the Second World War, in June 1939, Lord Lovat resigned his commission in the Scots Guards. In August, as war approached, Lord Lovat was mobilised as a captain in the Lovat Scouts, a unit formed by his father during the Second Boer War.
The following year he volunteered to join one of the new commando units being formed by the British Army, and was eventually attached to No. 4 Commando. On 3 March, 1941, Nos 3 and 4 Commando launched a raid on the German-occupied Lofoten Islands. In the successful raid, the commandos destroyed a significant number of fish-oil factories, petrol dumps and 11 ships. They also seized encryption equipment and codebooks. In additional to the destruction of materials, the commandos captured 216 German troops, and 315 Norwegians chose to accompany the commandos back to Britain.
As a temporary-major, Lord Lovat commanded 100 men of No. 4 Commando and a 50-man detachment from the Canadian Carleton and York Regiment in a raid on the French coastal village of Hardelot in April. Lord Lovat became an acting lieutenant-colonel in 1942 and was appointed the commanding officer of No. 4 Commando, leading them in the abortive Dieppe Raid on 19 August. His commando provided the only success of that raid when they attacked and destroyed a battery of six 150mm guns. The raid as a whole was a disastrous failure: over 4,000 casualties were sustained, predominantly Canadian.
Lord Lovat eventually became a Brigadier and became the commander of the newly formed 1 Special Service Brigade in 1944. Lord Lovat's brigade was landed at Sword Beach during the invasion of Normandy on 6 June 1944. Lord Lovat reputedly waded ashore donning a white jumper under his battledress, with "Lovat" inscribed into the collar, while armed with an old Winchester rifle. Lord Lovat instructed his personal piper, Bill Millin, to pipe the commandos ashore, in defiance of specific orders not to allow such an action in battle.
Lovat's forces swiftly pressed on, Lovat himself advancing with parts of his Brigade from Sword Beach to Pegasus Bridge, which had been defiantly defended by men of the 6th Airborne Division who had landed in the early hours. Lord Lovat's commandos arrived almost exactly on time, late by about two minutes (for which Lord Lovat apologised to Major John Howard, Ox and Bucks). The scene of his commandos arriving was immortalised in the movie The Longest Day. The commandos crossed Pegasus Bridge to the sound of Bill Millin's bagpipes, however marching them across rather than having small groups scuttle across to avoid sniper fire led to the death of twelve men, most of which were shot in the head through their berets (the men crossing the bridge wore their helmets from then on). He went on to establish defensive positions around Ranville, East of the River Orne. The bridges were relieved later in the day by elements of the British 3rd Infantry Division.
During an attack on the village of Bréville on 12 June, Lord Lovat was seriously wounded whilst observing an artillery bombardment by the 51st Highland Division. A stray shell fell short of its target and landed amongst the officers, killing Lieutenant-Colonel A. P. Johnston, commanding officer of the 12th Parachute Battalion, and seriously wounding Brigadier Hugh Kindersley of the 6th Airlanding Brigade.
Lord Lovat made a full recovery from the severe wounds he had received in France but was unable to return to the army. Winston Churchill requested that he become Captain of the Honourable Corps of Gentlemen-at-Arms in the House of Lords; however, Lord Lovat declined the offer and in 1945 joined the Government as Parliamentary Under-Secretary of State for Foreign Affairs. He later became Minister of Economic Warfare, resigning upon Winston Churchill's post-war election defeat.
Lord Lovat's involvement in politics continued throughout his life, in the House of Lords and the Inverness County Council. He devoted much of his time to the family estates. He was chieftain of Lovat Shinty Club, the local shinty team which bears his family name. Lord Lovat experienced a great deal of turmoil in his final years; he suffered financial ruin and two of his sons predeceased him in accidents within months of each other. A year before his death, in 1994, the family's traditional residence, Beaufort Castle, was sold.
Piper Bill Millin, Lord Lovat's personal piper who had piped the Commandos ashore on D-Day, played at Lord Lovat's funeral.
Winston Churchill, in a letter to Joseph Stalin, described Lord Lovat once as "the handsomest man who ever cut a throat".

Recommendation:
"Major The Lord Lovat commanded a detachment of No. 4 Commando which carried out a successful raid on the German occupied coast in the vicinity of HARDELOT on the night of 21/22 April, 1942.

Although the area selected for the raid forms part of a highly organised defensive position and although the enemy brought fire to bear on and around our attacking troops as soon as their presence ashore became known, Major The Lord Lovat by his speedy and clear-headed appreciation of the situation and by his cool leadership succeeded in retaining the initiative and, driving the Germans from their positions, enabled our patrols to carry out the reconnaissance which was the object of the raid.

Throughout the operation Major The Lord Lovat exercised faultless control and bold and skilful handling of his forces, not only in the initial stages which entailed crossing deep belts of enemy wire, but also during the two hours spent ashore in the attaining of the objective.
Later, although the withdrawal was a precarious undertaking owing to the enemy's searchlights and defensive fire, and to the flat beaches which necessitated wading through deep water back to the landing craft, it was achieved without casualties and with a carefully planned an laid smoke screen.

In recognition of gallant and distinguished services in the successful Combined Operations on the enemy occupied coast in the Boulogne area.

For "gallant and distinguished services" during the Dieppe raid on the 19th August 1942. 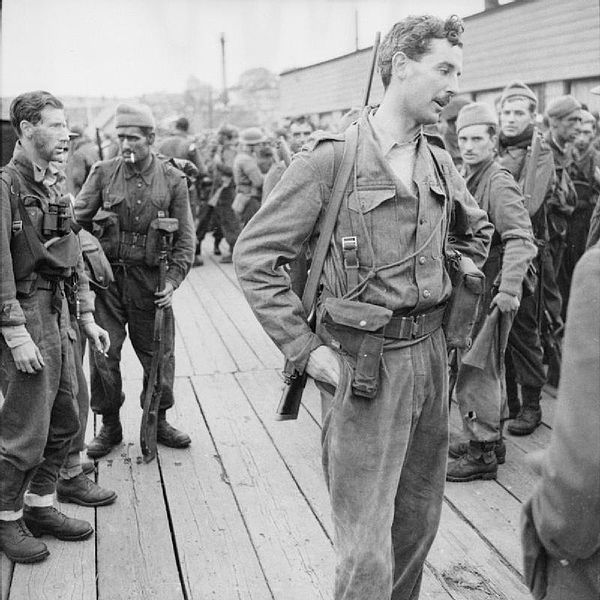 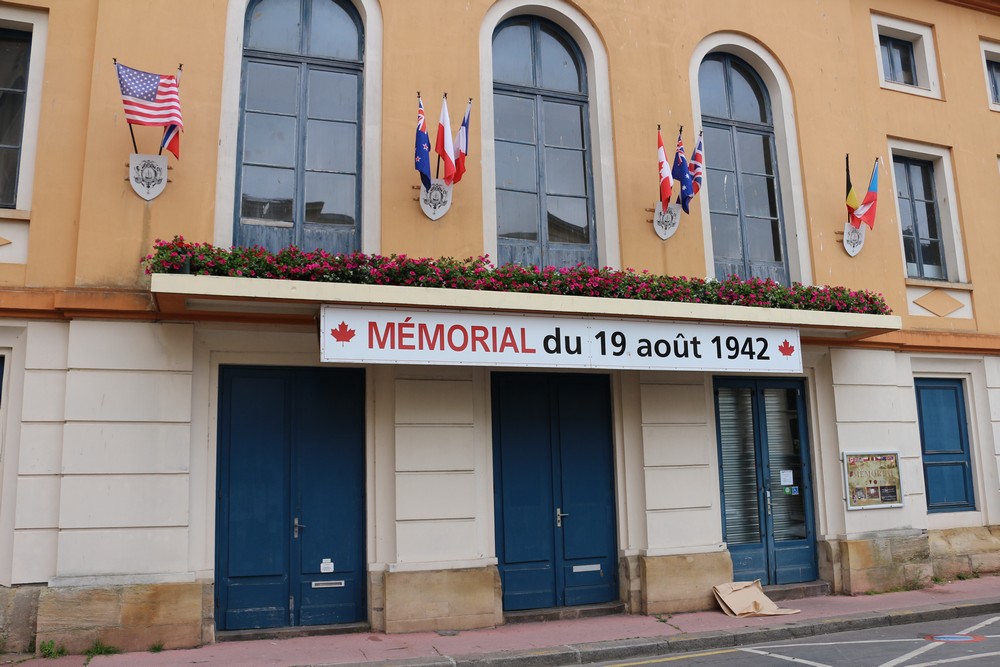 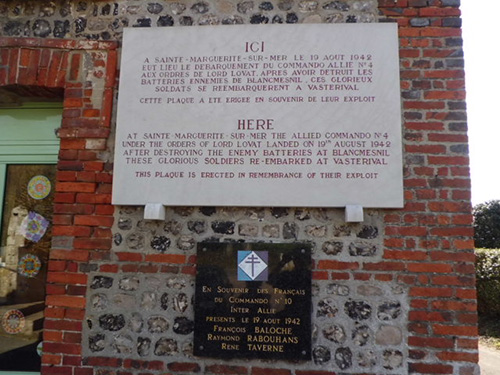