After attending Cambridge University, David Crook was commissioned into the Auxiliary Air Force and was posted at no. 609 Squadron. On 15 August 1940 he shot down four Me 110s, plus a Blenheim by mistake. The British crew were unharmed though.
A visit to Whitehaven in October 1943 in what was then Cumberland indicates that Crook also undertook goodwill visits on behalf of the RAF.
Flying Spitfire I P9322 "PR-L" on December 18th, 1944 on a high level photographic sortie he was reported to have dived into the sea near Aberdeen from 20,000 feet and was officially listed as Missing in action.
A plane flown by Crook is on display at the Imperial War Museum in London.
He wrote an autobiographical work about his experiences during the battle entitled Spitfire Pilot, published by Faber and Faber in 1942. Crook also wrote Pursuit of Passy, a work of fiction about an RAF pilot who crashes in France and joins the Resistance, published in 1946 by Herbert Joseph. Crook's flying log book is stored at The National Archives in Kew, and is available for public viewing.

Citation:
"This officer has led his section with coolness and judgment against the enemy on may occasions. He has destroyed six of their aircraft besides damaging several more". 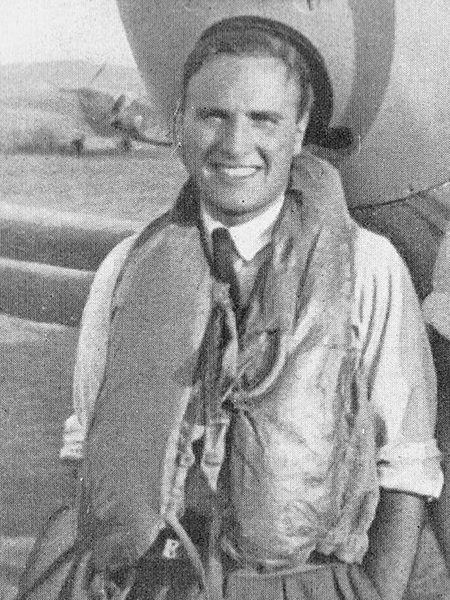