"Fanny" Orton joined No. 73 Squadron in 1937 wich was send to France to be part of the Advanced Air Striking Force. He had shot down five aircraft by May 10th, 1940. On May 15th he had to bale out of his blazing Hurricane and landed in a tree where French troops shot at him, injuring him further until he was rescued by British soldiers. After recovering, because of which he did'nt see any action during the Battle of Britain, and a spell at 59 OTU, he was posted to No. 242 Squadron and later given command of no. 54 Squadron. On September 17th, 1941, he was shot down in a Spitfire and killed. He is credited with 17 enemy aircraft destroyed, 8 probables and 4 damaged.
Newell Orton was the first pilot to be awarded both a DFC and Bar during World War II.
His name is mentioned on the Runnymede Memorial

Citation:
"During April, 1940, this officer was the leader of a rear section in a patrol of nine aircraft, and in that position was allotted the important task of guarding the rear of the formation. Whilst two enemy aircraft were being pursued into Germany, he noticed other enemy aircraft at the left rear. After warning the leader of the formation, he proceeded with his section to attack the enemy, which proved to be three Messerschmitt 109's one of which he shot down in flames. Later, during the same patrol, the formation again came in action with 12 enemy aircraft and during this engagement Flying Officer Orton attacked a Messerschmitt no 109 and, it is believed, destroyed it. This officer has displayed skill and determination in a number of previous combats." 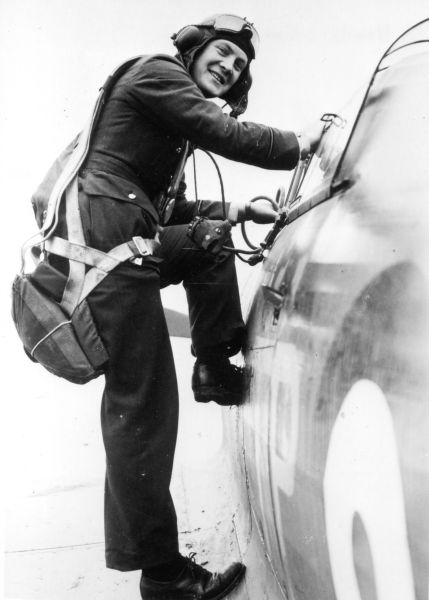