Charles Patterson was educated at Canford School and was learning about farming in Ireland when war was declared. Patterson joined the RAF and flew Whitleys because he did'n like aerobatics and flying inverted which was part of the training program for fighter pilots. He switched to Blenheims in 1940 with 114 Squadron on anti-shipping operations over Norway. After a period instructing he briefly flew Bostons before converting to Mosquitoes with 105 Squadron, flying mostly daylight raids, but also the first night raid to Berlin. In January 1943 he was selected as pilot for the Mosquito Film Unit and flew over 20,000 operational hours both day and night. One of his first tasks with the camera was to fly alone down the Scheldt estuary as far as a German fighter airfield whilst taking a film of the route; this was used a few days later to brief crews for the attack on the Philips Radio and Valve factory at Eindhoven.
On the morning of December 6 1942 a large force of light bombers attacked the factory. Patterson was at the rear and filmed the heavy damage, and the success of this sortie led to his becoming the RAF Film Unit's official pilot with his own dedicated Mosquito "O for Orange".
In September 1943 he converted 3 Ventura Squadrons to Mosquitoes under Group Captain Pickard. In total he completed an unprecedented 3 tours on Mosquitoes, his final tour being with 487 Squadron (New Zealand) mainly on strikes against V1 sites. On D-Day he flew the film unit Mosquito over the beach head during the invasion. He spent the last 18 months of his service as an instructor before leaving for the Far East.

Citation:
"This officer has participated in numerous sorties, including a daylight attack on the power station at Knapsack. Throughout, Fit. Lt. Patterson has displayed great zeal and devotion to duty and he has commanded his flight with thoroughness and efficiency. "

Citation:
"This officer has an outstanding operational record. He has completed numerous sorties, mostly in daylight, against heavily defended targets. An excellent flight commander and pilot, this officer has consistently displayed outstanding devotion to duty and determination. Although his aircraft has often been damaged by anti-aircraft fire Sqn. Ldr. Patterson has always completed his allotted tasks." 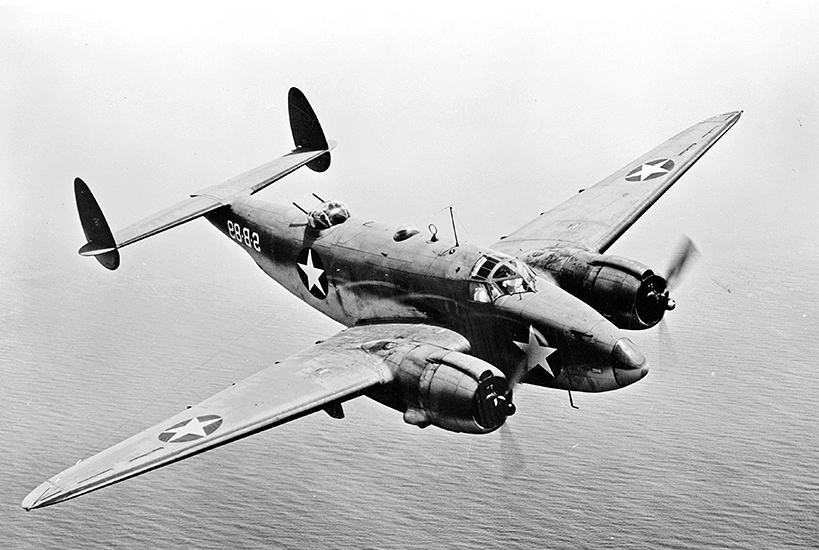