During the battle for Cherkassy in late November 1943 Major Kaestner was the soul of the resistance in the northern part of the city. Starting on the 15.11.1943 he and his weak forces fought in heavy defensive combat against overwhelming Soviet forces. On the 28.11.1943 the Soviets broke through the defensive ring on the citys edge three times with tanks and infantry. Having no contact with the Division, and deployed all alone, Kaestner repeatedly threw up new defensive fronts in the urban jungle of the city. He retook parts of the city that had been lost through bold counterattacks and continued to distinguish himself with his men until the city was evacuated on the 30.11.1943.

Major Kaestner would receive the Knights Cross for his actions here.

On the 16.02.1944 Kaestner and his Regiment formed the attacking spearhead of the 72. Infanterie-Division during the breakout from the Cherkassy pocket. Two Soviet positions were broken through and two hostile batteries were eliminated in close combat. The next day the area southeast of Dshurshenzy was reached. Another Soviet position was penetrated west of the DshurshenzyPotschapinzy road and then finally, southeast of Chishinzy, contact was established with the 1. Panzer-Division.

Kaestner was decorated with the Oakleaves for his success in breaking out with his men. 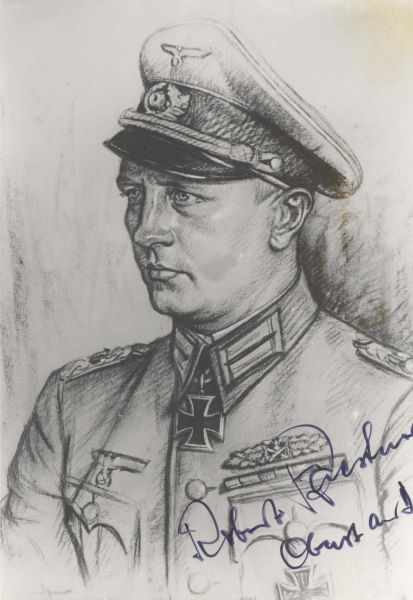