Melvin Young was educated at Westminster School before he enrolled in Trinity College to study law. He joined the Oxford University Squadron in 1937 and subsequently joined the RAF in September 1938.

On October 7th, 1940 he ditched in his Armstrong Whitworth Whitley due to engine prolems. His rescue was described in Life magazine. He was to ditch more often and together with his crew he was to use his inflatable life raft, hence his nickname Dinghy. In 1942 he served in 104 Squadron in the Middle East, followed by a Special Duties unit and in March 1943 he served in 43 Squadron flying the Avro Lancaster. In april 1943 he was transferred to 617 Squadron and was chosen to participate in Operation Chastise, later to be known as the Dambuster Raid. He made a succesful attack on the Möhne dam; his bouncing bomb caused a slight crack in the dam, it was finished off in the next attack by Fl./Lt. Maltby: the dam broke. On the return flight however at 02:58, his plane was hit by Flak over Castricum-aan-Zee and went down into the sea. A few days later his body washed up on the beach.

Citation:
"This officer has carried out 28 bombing missions involving 230 hours flying as well as 6 convoy patrols on which some 40 hours were spent in the air. His operational flights include attacks on important targets in Germany and Italy. On two occasions he has been forced down on the sea, on one of which he was in the dinghy for 22 hours in an Atlantic gale. On both occasions his courage and inspired leadership, combined with a complete knowledge of dinghy drill, were largely responsible for the survival of his crews."

Citation:
"This officer participated in the first large scale attack on Naples, pressing home his attack, in the face of an intense barrage, with great determination. On another occasion, he bombed the Castel Benito aerodrome and then descended to 1,000 feet to machine gun dispersed aircraft by the light of flares released by other attacking aircraft. At least two aircraft on the ground were set on fire and a gun emplacement silenced." 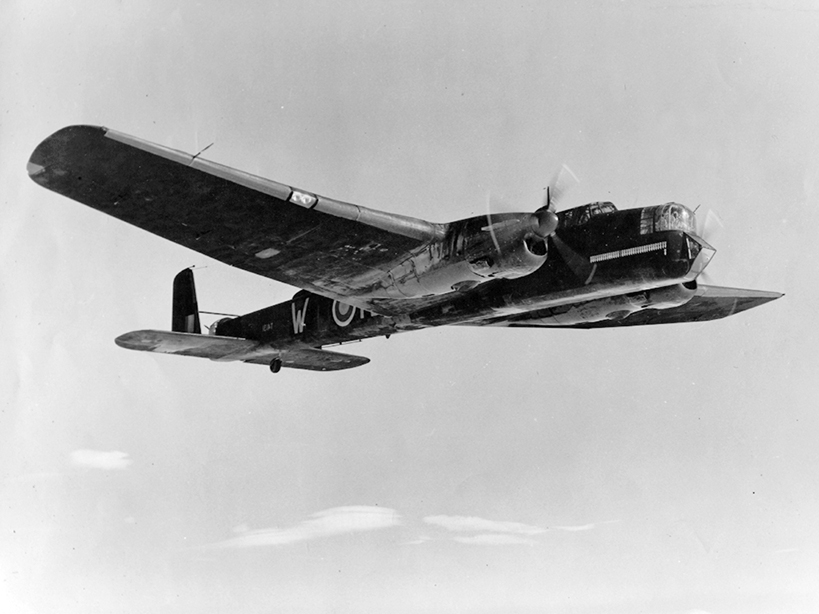