When the Germans invaded Norway in 1940, Ola Aanjesen was studying chemistry at Trondheim University. He decided to join a ski unit of the Norwegian Army. When the unit was cut off while retreating they crossed over into Sweden. The unit was interned by the Swedish authorities and turned over to the Germans who put them in a prisoner-of-war camp near Trondheim. In exchange for his freedom, Aanjesen was made to sign a document, promising to no longer fight the Germans. He resumed his studies but at the same time got involved in underground activities. In 1941 Aanjesen managed to escape to England with the help of a group operating an escaperoute using fishing vessels from the Shetlands. He enlisted in the Royal Norwegian Air force and was sent to Canada for training. April 1943 he was posted to 332 Squadron and scored his first victory (probable) over a Me 109 over Rotterdam. Apart from two sorties with 331 Squadron, he remained in 332, becoming its Squadron Leader in April 1945. He ended the war with five victories.
He left the air force in 1946 to become a commercial pilot with SAS and remained in the company after his active flying career. 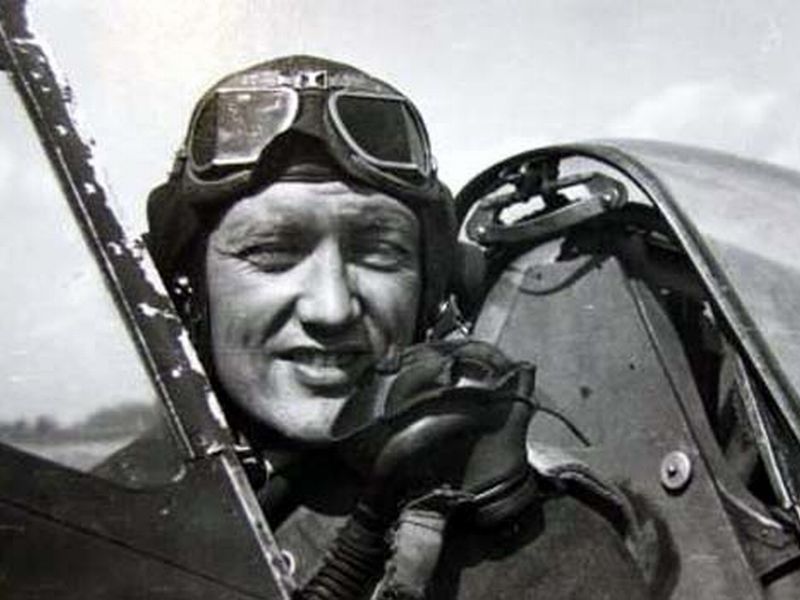