Alfred Beecher Abeles is being remembered on the Wall of the Missing at the American Military Cemetery at Henri-Chapelle, Belgium. Since the 12th of November 2010, his name is adopted by Koen Hermsen.

Alfred Beecher entered service in 1943 with the United States Army Airforce and received his wings at Williams Field, Chandler, Arizona in April 1944.

At approx. 1130 hours on the 23rd of January 1945 the P-38J-15-LO, serial number 43-28726, coded K6-P, which was piloted by Alfred Beecher Abeles, was hit by enemy flak. The plane eventually hit the top of a tree and exploded, and disappeared in the forest whilst being on fire.

Even though another pilot of the 430th Fighter Squadron, 2nd Lieutenant Kennard K. Jones, witnessed the crash and estimated the location of the crash site, Alfred Beecher Abeles was never found. 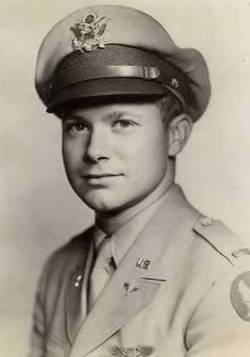 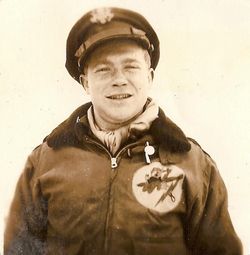