Recommendation:
"Pilot Officer Andrews has participated in very many attacks on targets important to the enemy's war effort. He has displayed great determination and his skilful efforts have contributed materially to the successes obtained. On several occasions the aircraft in which he was flying has been damaged by enemy action, but his keenness for operations remains unabated. Pilot Officer Andrews has set a good example of courage and devotion to duty." 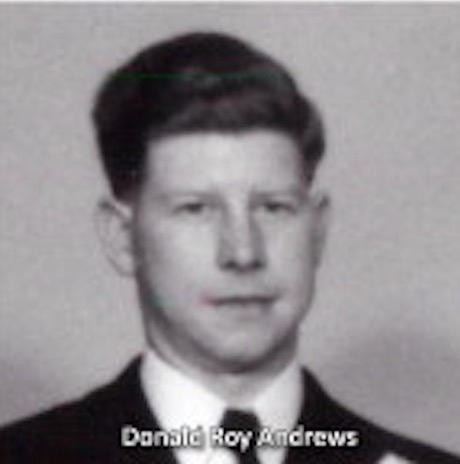