John Wymark enlisted in 1938 as an aircraft mechanic and was placed with the Advanced Air Striking Force in Le Mans, France in June 1940.
After the fall of France and the retreat of the AASF to England he went on to become an air gunner with No's. 149 and 148 Squadron.
In August 1943 he was commissioned as a gunner and was placed with No. 101 Squadron.
On October 4th, 1945 Whymark took off from RAF Connington destined for Naples Italy to transport personnel returning from UK leave (Operation Dodge). On board were another 5 crew members and nineteen female passengers.
East off Marseille it was radioed that they were experiencing engine problems. At approximately 04:40 flames and an explosion was reported. The plane crashed about 50 km NNW off the coast of Corsica.
All were lost and no wreckage or personal effects of any kind were ever found.
John Wymark, who completed 89 up to 97 ops, is remembered on the Runnymede Memorial on Panel 266.

Citation:
"Since the award of the D.F.C. in June, 1944, this officer has been employed as gunnery leader of his squadron. In this capacity he has done excellent work both in the air and on the ground. On his first tour this officer participated in attacks on Benghazi, Taranto and Tripoli. During this time his aircraft was involved in two serious crashes whilst returning to base after being damaged by enemy action. Fit. Lt. Whymark has also operated to Western Europe. His missions have included attacks on Frankfurt, Stuttgart, Chemnitz, Munich, Berlin and Essen. Fit Lt Whymark has at all times displayed skill and determination while on operations." 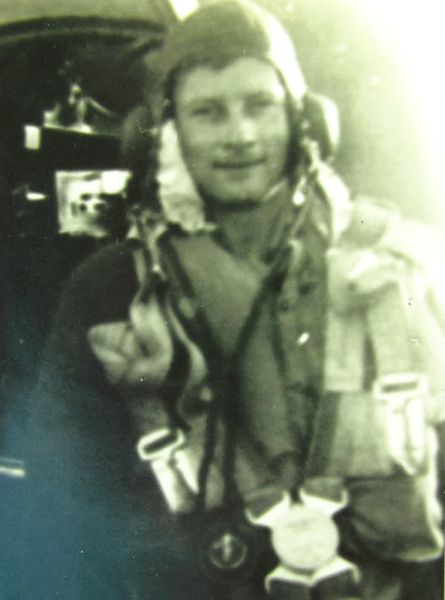