On the 19.10.1944 Leutnant Höper received the order to drive to Kekavas (Kekkau), located in the Tukkum-Ost area in Courland. As all of his Zugs other Sturmgeschütze had fallen out of action during the battles near Riga, Höper drove alone. The plan was to meet Leutnant Brexendorf (Zugführer in the 3. Batterie) with 3 Sturmgeschütze once he got there. From a hill north of a small tributary of the Düna Höper spotted a group of 28 Soviet tanks. He thus was forced to drive down the hill at full speed under strong enemy fire, and thereafter prepare to attack.

In the battle which followed the gunners optics were hit, and he could no longer see out of his normal sight. The reserve sights, normally carried on all frontline AFVs, was missing as this Sturmgeschütz was a commanders vehicle. In response Höper began to direct the fire of his gunner by observing and correcting the shots directly from his commanders hatch. In this way 7 enemy tanks were knocked out. Then Oberwachtmeister Waldner with 2 Sturmgeschütze arrived, and provided a reserve sight. The Sturmgeschütze then withdrew along the road.

Höper was awarded the Knights Cross for this action as well as his cumulative wartime successes. By the time he was recommended for the award he had destroyed 43 enemy tanks. Within the space of just one year he had destroyed the following enemy materiel 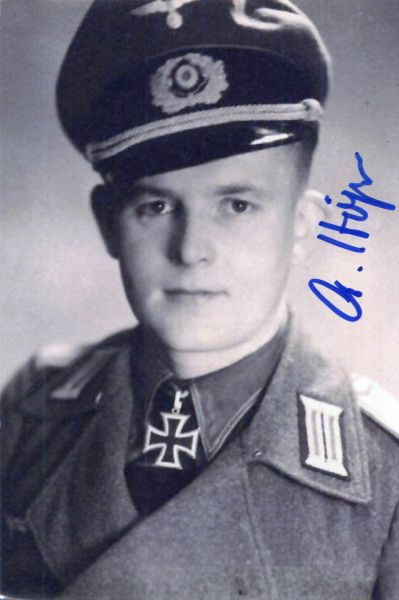