How Bredemeier Received the Knights Cross - Mountain Pass Captured and Held Against All Enemy Attacks:

As has previously been reported, the Führer has awarded the Knights Cross of the Iron Cross to Feldwebel Wilhelm Bredemeier. He was born in Herford and belongs to the 12. Kompanie (III. Bataillon) of the Gebirgs-Jäger-Regiment 91 in the 4. Gebirgs-Division.

During the mountain combat in the Caucasus in 1942 the vanguard of a Kampfgruppe received the order to take control of an important pass. Feldwebel Bredemeiers Zug was sent ahead as the lead unit. During the morning hours Feldwebel Bredemeier and a few Jäger reached the point that was thought to be the pass position following a very difficult climb. However he immediately ascertained that the actual pass was still more than a kilometre away from the reached position. It was known that a Russian force of 400-500 men was approaching the pass from the south.

Without hesitation he resolved to immediately thrust to the pass despite the exhausted state of his Jäger in order to prevent the enemy from establishing themselves there. However he and his men would have to make it there at top speed.

Along with two squads from his Zug, he rushed up the steep slope and reached the pass. But from here it could be seen that an approximately 400 metre ridge that fell steeply to either side led from the pass towards the south. It was therefore necessary to also occupy this ridge. Feldwebel Bredemeier clashed with the enemy just a few steps away from the end of the ridge. The Jäger proceeded to struggle with the enemy over control of the hill for several hours with machine-pistols and hand grenades while under the inspiring leadership of their Feldwebel. They did this until friendly reinforcements from the Kompanie arrived. During the following night the Bolsheviks utilized a sudden burst of rain to gain a foothold on the ridge under the cover of darkness. However it was once again Feldwebel Bredemeier who threw himself with his few Jäger against the enemy, forcing them off the ridge in a bitter man-to-man fight. The fighting then continued for another 6 days and nights, until the enemy finally gave up.

The occupation of this pass and ridge was of decisive importance for the operations of the Kampfgruppe. If the Soviets had managed to bring both terrain features into their possession then the entire forward advance of the Gruppe would have been cast into doubt, and at the same time a danger would have existed that our friendly forces further to the east might have been cut off.

However this outcome was prevented thanks to the determined action and personal bravery of Feldwebel Bredemeier.

The aforementioned action took place on the 28.08.1942 at the Bgalar Pass and the nearby mountain ridge. From here it was only a 22 km straight line distance to the Black Sea. 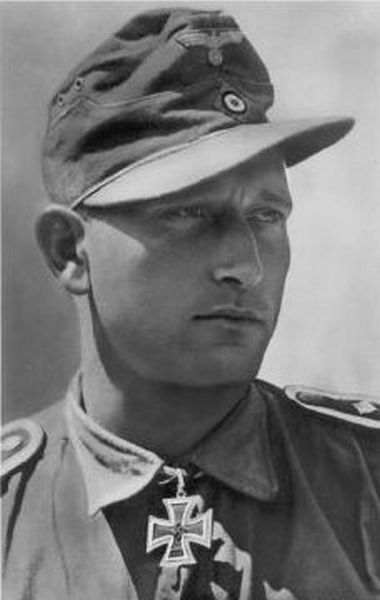