Before to the war Buck McNair was employed as a ground wireless operator to the Saskatchewan Ministry of Natural Resources. He enrolled in the RCAF in June 1940 in the program for fighter pilots and received his wings in March 1941.
He was posted at the newly formated No. 411 Squadron. On September 27th, 1941 he damaged a Me109 over Abbeville, France. A few weeks later, on October 13th he made his first 'kill' over a Me109.
He transferred to Malta where he destroyed five enemy aircraft and damaged eight others and scored several more hits during a fierce air battle in his Spitfire over Dieppe. McNair became Squadron Leader in September 1942 of 416 Squadron and then 421 Squadron and managed to add eight more victories to his name as well.
Following the war McNair stayed in the RCAF as they had a need for experienced senior officers.
McNair's courage and bravery exhibited in WWII carried through to his civil service when in 1953, the North Star aircraft on which he was traveling as Senior Officer crashed at Sea Island, British Columbia. Although injured and soaked in gasoline, he managed to rescue and account for all passengers and crew members.He was subsequently awarded the Queen's Commendation for Brave Conduct.
Further, on October 23th, 1953 he was awarded the Queen's Coronation Medal while Air Attache in Tokyo.
Promoted to Group Captain, a number of postings followed in Canada, the UK and Germany. While still an officer in the RCAF he contracted leukemia in the late 1960's from which he died of in 1971

Citation:
"This officer is a skilful and courageous pilot. he invariably presses home his attacks with the greatest determination irrespective of odds. He has destroyed at least five and damaged seven enemy aircraft. Four of these he damaged in one combat."

Citation:
"This officer is a skilful and determined fighter whose record achievement and personal example are worthy of high praise. Squadron Leader McNair has destroyed ten hostile aircraft, five of them whilst serving in the Middle East, and damaged a number of others."

Citation:
"Squadron Leader McNair is a tenacious and confident fighter whose outstanding ability has proved an inspiration to the squadron he commands. He has completed a large number of sorties and has destroyed fifteen and damaged many other enemy aircraft. His keenness has been outstanding."

Citation:
"Since being awarded a second Bar to the Distinguished Flying Cross, Wing Commander McNair has completed many further operational sorties and destroyed another enemy aircraft, bringing his total victories to at least sixteen enemy aircraft destroyed and many others damaged. As officer commanding his wing he has been responsible for supervising intensive training in tactics. The results achieved have been most satisfactory. The wing, under his leadership, destroyed at least thirteen enemy aircraft. Throughout, Wing Commander McNair has set a magnificent example by his fine fighting spirit, courage and devotion to duty both in the air and on the ground. He has inspired his pilots and confidence and enthusiasm."

Citation:
"One of Canadas most outstanding fighter pilots, this officer combined high qualities of leadership with absolute fearlessness. He has personally destroyed seventeen aircraft, most over French territory. Throughout the Normandy campaign he was Wing Commander Operation of No.17 Royal Canadian Air Force Fighter Sector. " 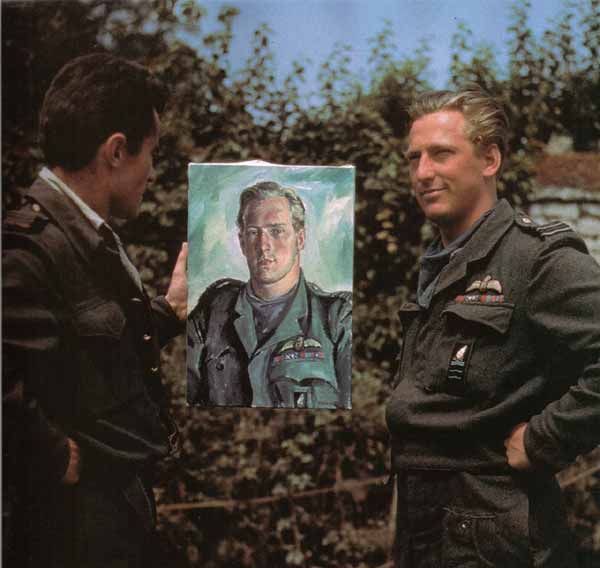