Alfred Germer was reported missing since March 1st, 1945 near Breslau. At that moment he held the rank of Major im Generalstab.

Oberleutnant Alfred Germer used his reinforced Pionier Kompanie to storm and neutralize the enemys Armoured Fortress 505 (located near Villy). During this engagement he gave his Pionieren a good example of energetic and fearless devotion to duty. He executed his mission with surprisingly few casualties and was the first to enter into the armoured redoubt.

The fortification mentioned in this article was known to the French as the Ouvrage de La Ferté. The aforementioned action took place on the 18.05.1940. 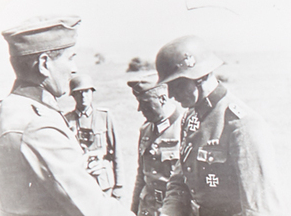 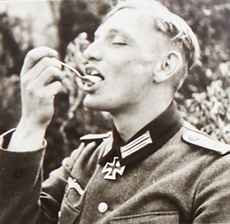